TasteMakers is a new feature from the Adafruit Music team. In this sister series to MusicMakers, we will be talking to music writers, bloggers, record labels and more about creative spaces, technology and DIY, as well as what inspires them and keeps them motivated to support and amplify the creators in their communities. This week we’re talking to Rasmus Bredvig, founder of Tapetown, and creator of the excellent in-the-studio performance series, Tapetown Sessions. 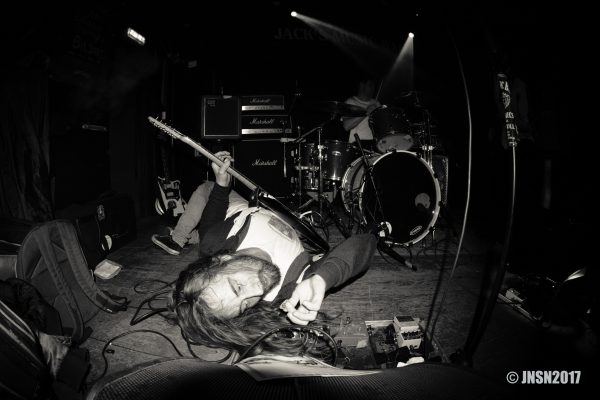 Rasmus Bredvig is a straight talking musician turned producer who believes in the raw power of a supportive and collaborative community.

Based in Aarhus, Denmark, Tapetown is a recording studio, performance space, gathering place, and more that caters to an international community of alternative musicians and creators. In their own words:

Our setup consists of a very solid base of high-end analogue equipment and microphones as well as a big number of gorgeous oddities that you can only love or hate.

Fantastic. Perhaps the most universally resonant description of the heaps of gear we incessantly rummage through, organize, and generally dote upon on our tireless journeys from wild idea to…well, whatever you come up with that pleases you, really.

These sessions are a celebration of musician, producer, and engineer alike. They provide unique access to the largely unseen studio environments that are carefully and diligently constructed to capture all the elements, conspicuous and subtle, of each performer’s creation.

I highly recommend spending some more time with the videos in this series. You’ll hear some incredible music, and get a chance to explore the artistry behind some really fantastic recordings.

Before we get going, what’s a song you’re loving right now that people can listen to while they read along?
I would like to recommend You Know by Lessons in Sailing. It’s this lovely Italian guy that I was fortunate to get to know and do a few recordings with him some time ago, and he’s always been a sort of a musical bumblebee to me. He’s not really that focused on tempo and things being in tune but he’s so incredibly sincere both in his songwriting and on stage – everything he does just comes out great every time. If you’re into Beat Happening or Velvet Underground, you’ll like his music.

Tell us about yourself. How long have you been running the studio?
Tapetown started in 2012. By then I had worked in other studios as a producer while learning from a bunch of talented people around me, utilizing engineers for the technical side of things. I kept feeling that I wasn’t getting the vibe I wanted for the records – so Tapetown came to be.

What inspired you to start and what motivates you to amplify DIY music makers?
I’ve always wanted to create and play music. Me starting a studio happened more by coincidence rather than with a plan in mind but shortly after that I would notice I was pretty good at translating emotions onto tape. Having had toured a lot of trashy European venues before that and loving every moment of it, I was lucky to have met a lot of people and learn a lot about how much you could actually make happen for yourself. Yet, there were always people telling me things like “you have to do it this way if you want to be successful” or “that’s not the right way to do it if you want to make it”. That stuff always pissed me off and made me want to prove to all of them that it doesn’t have to be that way. What feels right to you should be the way to go. Pretty early on I decided in all this chaos of trying to make sense of what to do and what not to do that I would always follow my intuition. If I was to come out of it having made a huge mistake, at least I wouldn’t have to blame myself afterwards – I did what I felt was the right thing for me.

There are a lot of voices out there that are not being heard because there’s a huge wall of white noise you have to climb first – and that’s not always an easy thing to do. If I can help anyone with enough passion and good music go up and beyond that wall, I’m happy.

Have changes in technology had any effect on your work or engagement with the music community?
In terms of how internet and social media has evolved, it’s definitely made it easier to connect with people looking for the same things. I mean, we get a lot of love for our Live at Tapetown videos on Youtube from everywhere in the world. Bringing people together who are into the same specific genres and so on… I think social media has at least that gotten right.

In recording technology, not really; I mean, I think everyone trying to build a successful recording studio knows how much competition there is with a lot of artists being able to make music on their laptops, from the comfort of their home and with just a couple of decent mics. But I don’t see that as a problem — if you add value to the chain of music creation there will always be a place for you.
It would be silly of me to whine about not getting any work because everyone is just using their small home studio – I need to earn my right to have a successful facility that attracts new artists wanting to record with me. That doesn’t just come with buying a bunch of fancy equipment.

What’s something you’ve done with the studio that you’re particularly proud of?
The time and effort put into understanding the mental dynamics that go into making a record. I’ve found that focusing more on improving this over the technological side has been far more rewarding than I could imagine. This and daring to go against the norm has played a big part in the success of the studio.

Are there any changes you’d like to see in the music industry?
I would love for there to be more anarchy – in the true sense of the word.
I’m aware that’s a very utopian attitude, but I think especially artists will benefit from helping other artists. I feel like I’m seeing that more and more in the smaller communities, so hopefully it will spread.

Any tips for making or customising a creative workspace?
It’s all about creating a place you feel comfortable in, don’t pay too much attention to what is “supposed” to be there – fuck that. Get that ugly weird lamp your friends were laughing about but you secretly love. 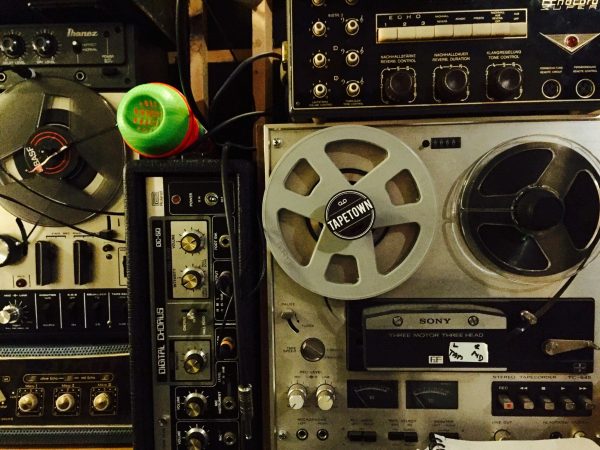 What advice would you give to someone looking to support and engage with a creative community?
Let them know you’re there and want to be a part of that community, as simple as that. Often times people mistake arrogance for shyness – always assume people are just shy. Asking how you can contribute to a dedicated community will most likely always be met with a positive response. If you don’t know where to find a certain community – just go to the places you think they might hang out and ask around.

Who do you think we should speak to next?
There is a songwriter and performer that has been a very dear friend and truly amazing personality to know.

He has written amazing songs but he will tell you the most outrageous stories of how circumstances always messed everything up right before it was about to take off – If you ask him the right questions there’s a whole book worth of stories and wild tales.

His name is Kim Munk and he has a band called The Broken Beats that used to be pretty big some years back.

You can find more music Adafruit is loving right now in our ongoing MusicMakers (feat. Frankie Cosmos, Jeffrey Lewis, Bedbug, Pom Pom Squad, Art Brut and more) and TrackTalk features (with Trust Fund, Shay Spence and Haiku Salut). If you missed the previous TasteMakers features with Swell Tone, The Grey Estates, Various Small Flames, phluff, Alcopop! Records, The Alternative and Stories About Music then you can read those here

Comments Off on TasteMakers008: Tapetown