The Digital Antiquarian has an excellent series on the history of Dune beyond Frank Herbert’s excellent print series.

Controlling the Spice, Part 1: Dune on Page and Screen discusses the books and the David Lynch movie released in December 1984.

It’s parts 2 and 3 which dig deeper, providing information on the spin-off games:

Controlling the Spice, Part 2: Cryo’s Dune discusses Philippe Ulrich, Cryo Interactive and the making of the game Dune. They released it in May 1992 simultaneously for MS-DOS, the overwhelmingly dominant computer-game platform in North America, and for the Commodore Amiga, the almost-as-popular computer-gaming platform of choice in much of Europe. The game was successful enough that Virgin funded expanded MS-DOS and Sega Genesis CD-based versions, which appeared in 1993, complete with voice acting and additional animation sequences.

Controlling the Spice, Part 3: Westwood’s Dune discusses the game released by Westwood which was named Dune II at release which was a more Risk like type of game. 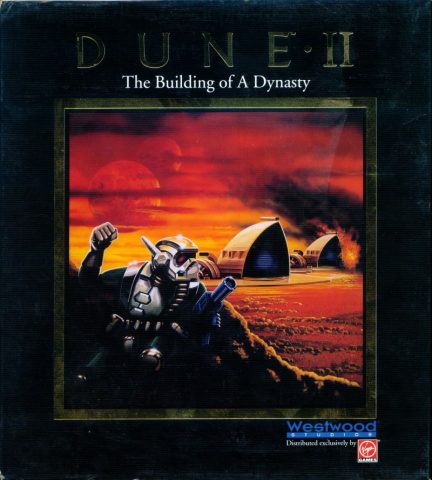 Upon its release in the fall of 1992, Dune II was greeted, like its predecessor from Cryo, with positive reviews, but with none of the fanfare one might expect for a game destined to go down in history as such a revolutionary genre-spawner. Computer Gaming World called it merely “a gratifying experience,” while The One was at least a bit more effusive, with the reviewer pronouncing it “one of the most absorbing games I’ve come across.” Yet everyone regarded it as just another fun game at bottom; no one had an inkling that it would in time birth a veritable new gaming subculture. It sold well enough to justify its development, but — very probably thanks in part to its billing as a sequel to a game with a completely different personality, which had itself only been on the market a few months — it never threatened Eye of the Beholder for the crown of Westwood’s biggest hit to date.

The whole three articles are extremely well researched and written, well worth browsing through.