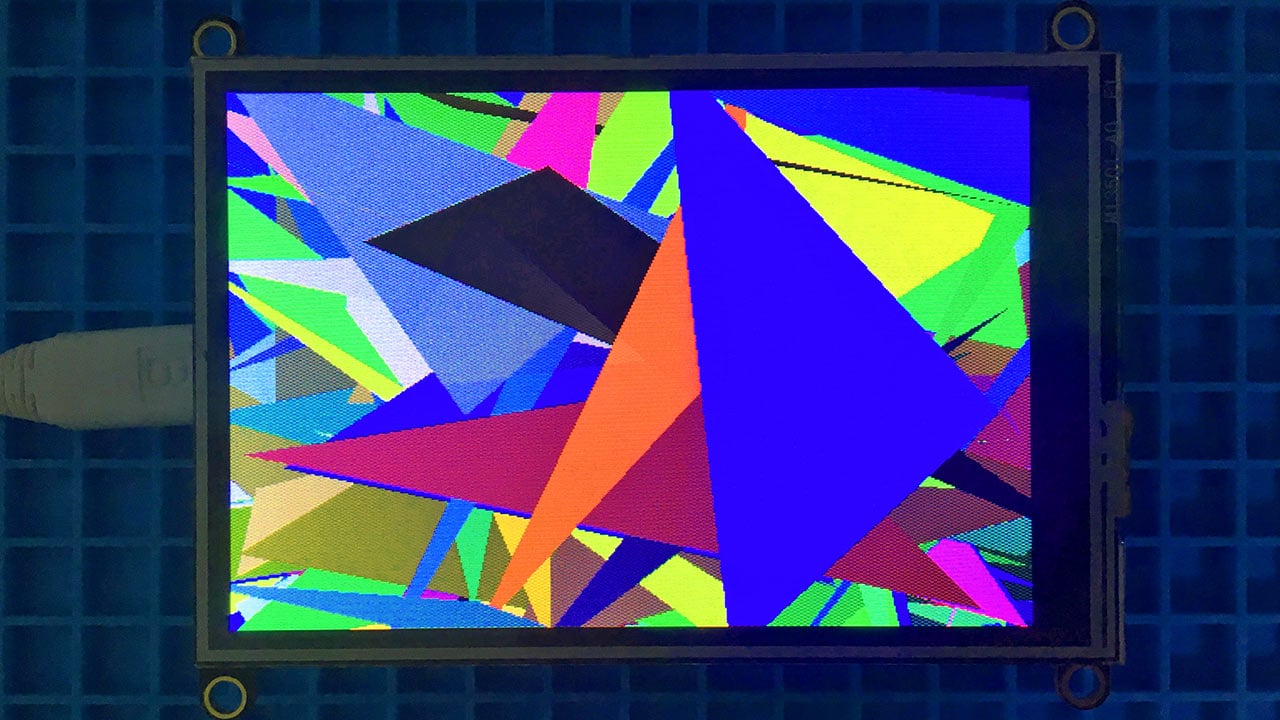 An experimental feature in the latest Adafruit_GFX library release can improve drawing performance by up to 2.7X in some cases, when using color displays interfaced to SAMD microcontrollers (“M0” and “M4” boards) over SPI.

The update can be installed using the Arduino Library Manager. While you’re there, check for any updates specific to your display type(s), e.g. Adafruit_ILI9341.

This new feature is disabled by default. To switch this on, a line in Adafruit_SPITFT.h (in the Adafruit_GFX directory) must be edited. Remove the initial comment characters so it reads:

#define USE_SPI_DMA ///< If set, use SPI DMA if available

Additionally, the Adafruit_ZeroDMA library must be installed for this to compile. Keep in mind that this works ONLY on SAMD microcontrollers (M0 and M4) using SPI-interfaced color displays. The new code uses a fair chunk of RAM — about 3.2 Kilobytes with a 320×240 pixel screen, but most projects should be able to afford that on these beefier chips.

DMA — direct memory access — is a feature of modern microcontrollers that gives some code the ability to do two or more things at once. The GFX library can’t yet fully benefit from that…not without breaking compatibility with all existing projects…but as a start we can use it to eliminate the inter-byte delays that normally occur in SPI block transfers, and even just that change makes a big difference.

It’s just a first step but opens the doors to some other cool stuff we have planned.