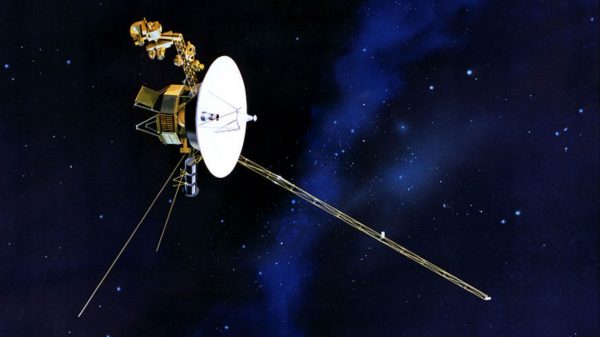 The Voyager 2 spacecraft has joined its twin, Voyager 1, in interstellar space, NASA announced on Monday. The two probes, launched in 1977, have travelled farther from Earth than any human-made objects in history.

Voyager scientists pinpointed November 5 as the day that the spacecraft crossed the heliopause, the boundary to interstellar space. On that day, the probe’s Plasma Science Experiment (PLS) instrument noted a sudden drop in the Sun’s plasma particles, coupled with an uptick in cosmic rays originating outside the solar system.

Comments Off on Voyager 2 Joins Its Twin in Interstellar Space