“Spy” Virus Eavesdrops on Bacteria, Then Obliterates Them 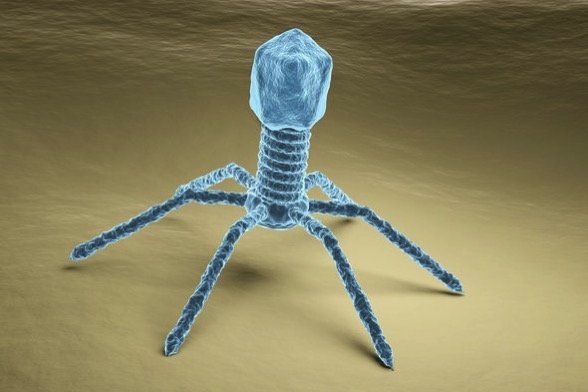 Viruses use bacteria’s chemical language to time their destruction, Via Scientific American

In the early experiments it looked like the virus called VP882 was doing something that should be impossible for a thing that is not a bacterium, and not technically even alive: intercepting molecular messages exchanged by its host bacteria, and reading them to determine the best time to annihilate the whole bacterial colony. “As scientists, this is just unimaginable to us,” says Bonnie Bassler, a molecular biologist at Princeton University. “We were delighted and skeptical at the same time. It was almost too good to be true.”

Not only did it turn out to be true for VP882; Bassler learned there is a family of bacteria-infecting viruses (a subgroup of a kind called bacteriophages, or just “phages”) that eavesdrop on their hosts’ routine molecular communications with other bacteria. That means VP882’s kill trigger could be easily manipulated to target any bacteria, Bassler says—opening the possibility that the virus could be engineered into an ideal killing machine for dangerous pathogens.

Comments Off on “Spy” Virus Eavesdrops on Bacteria, Then Obliterates Them