TrackTalk is a new feature from the Adafruit music team. In this companion to the MusicMakers Q&A series, we invite artists to take us behind the scenes of a particular track to talk creative process, recording set up, and more. 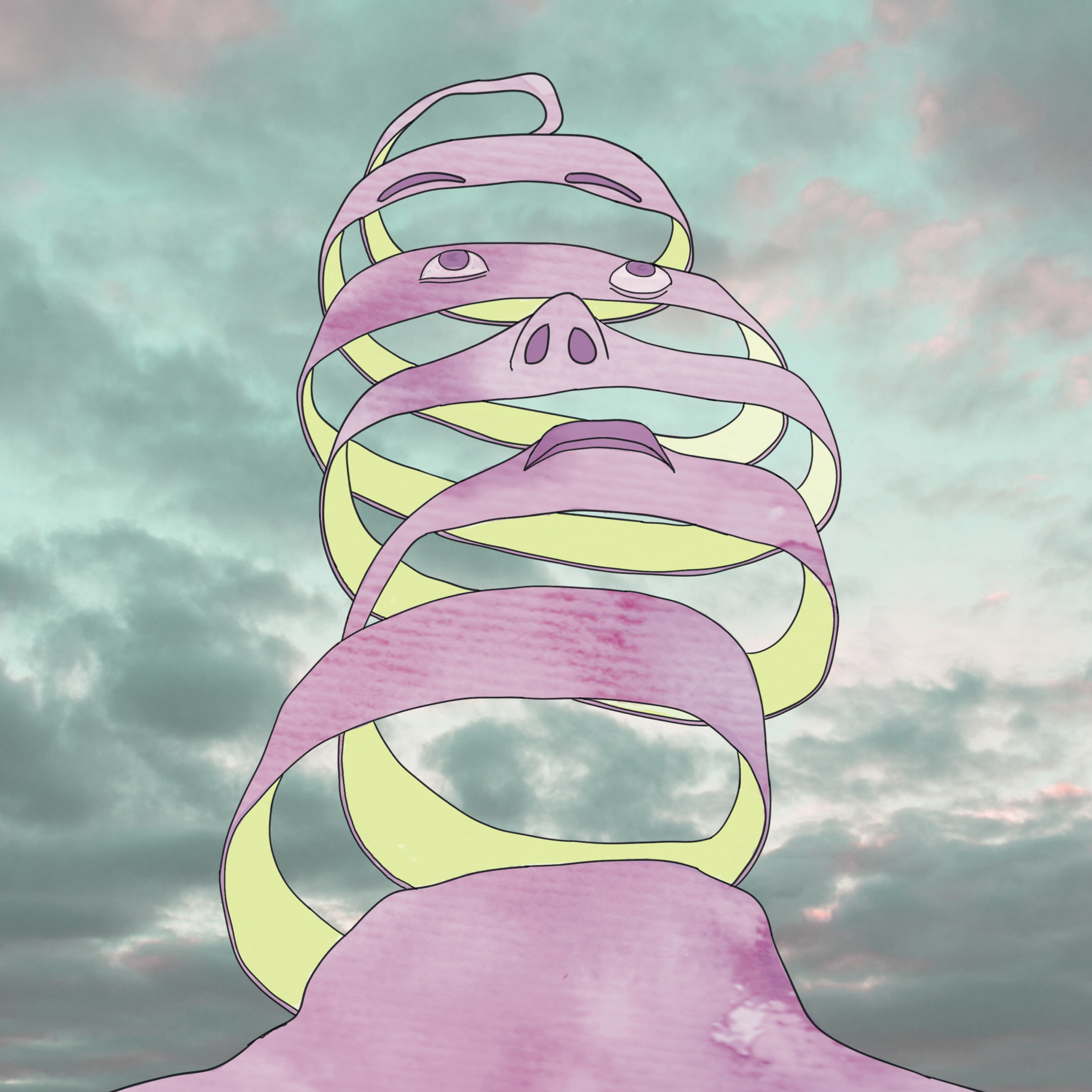 “Party in the Hospital / Great” is the new double A-Side single from London’s Atlanta Dream Season, premiered last week via our TasteMakers003 pals at Various Small Flames, these two songs come to us as the debut release from the fledgling Popside label. Popside started life as a promoter of unique and friendly live events in the United Kingdom (including hosting performances by previous MusicMakers guests Jack Hayter and Benjamin Shaw) who have now decided to end 2018 with a wee step into the deep end.

ADS immediately offer something unique with this Jekyll and Hyde A-Sides, “Party in the Hospital” comes in sprinting with a twisted gait, all rough around the edges with scrappy and frantic guitar work and beguiling melodies. It might take a couple of listens to get acquainted to this audio landscape but you’ll find something really fun if you do. Witty, melodic, philosophical and a little twisted, this a great way to make an entrance.

But if “Party in the Hospital” is the speed freak then “Great” is taking the scenic route through gorgeous melodies, deep introspection and frank insight. More than a little touching, this one is suspiciously disarming after the fractured thrash which preceded it. With the wild variety between the two songs, there’s no way and no need to pick a favourite, this is just fabulously unique music.

With a combined running time of five minutes and 31 seconds, this single offers a calling card (though more literally it is being released as a download card inside a christmas cracker) for the exciting album that the new year promises.

We were very glad to invite Donal Sweeney of ADS to give us a behind the scenes look at the new single, hopefully you find some ideas and inspiration within:

“Great” was written while my girlfriend and I were in Japan. I brought a ukulele and a little recorder thing and wrote my four songs for the new record while we were there. I recorded them as a little demo EP with ukulele, CR-78 drum samples, some melotron flute samples and and some kind of rhodes keys. In that regard, it’s different from anything else we’ve released before because it’s been demoed before being recorded properly. It’s sort of a criteria for the band that things happen quickly or not at all so we normally start recording before even learning the songs!

The thing about recording your own music rather than someone else’s (I’m an engineer so it always ends up being that way) is that it can really easily end up taking years to finish, because without a studio clock ticking there’s nothing stopping you from endlessly tweaking things. So the whole idea for the first single we made (Dream Too) was to try to write and record something in a day. It took that day and some more fiddling around a month later but it was nice to just get something done before it has time to languish. Our first record (Crustacean Fields) was recorded in about three days, with most of the arrangements being written while we were recording them. And the new record will probably be around the same when it’s finished. It’s a really nice way to work. Obviously having more time means you can focus more and maybe things will materialise that wouldn’t when working the way we do, but I always think about bands like The Frogs or Guided by Voices or even The Wave Pictures and how the probability of writing a great song is ultimately proportional to the number of songs you write. So just finish the songs you have, and then write more songs.

Great’s one half of the first single off the new record. The other half is Party in the Hospital, one of David’s. Everything’s recorded at my place, like I said, into Pro Tools via a rack of Audient pres and UAD convertors. The mics are mics…my only secret weapon is this little Chinese ribbon mic from Thomann (an RM700 google tells me) on guitar amps. We don’t use any outboard processing, everything in the box, I use lots of UAD and Soundtoys plugins. But in general the mix is always super dry on our music, if there’s ever any reverb it’s used more as a special effect than for emotional atmosphere (or something that’s just there by default so make things sound palatable).

Though we are using more sounds on this record than the first one, more synths and things, the rule is that we still need to be able to play it live without it missing a part. So all the synth parts are mimicking guitar lines or the vocal melodies. Again, they’re mostly soft synths, the Rhodes on Great is Native Instruments, the synth on Party in the Hospital is some sampled Korg Poly 61 that I downloaded somewhere once.

“Party in the Hospital / Great” is out now on Popside.

You can find more music Adafruit is loving right now in our ongoing MusicMakers (feat. Frankie Cosmos, Jeffrey Lewis, Bedbug, Pom Pom Squad, Art Brut and more) and TrackTalk features (with Trust Fund, Shay Spence and Haiku Salut). If you missed the previous TasteMakers features with Swell Tone, The Grey Estates, Various Small Flames, phluff, Alcopop! Records, The Alternative and Stories About Music then you can read those here.

Comments Off on TrackTalk006: Atlanta Dream Season – “Party in the Hospital / Great”