Fixing the printer on a vintage IBM 1401 mainframe #VintageComputing @kenshirriff 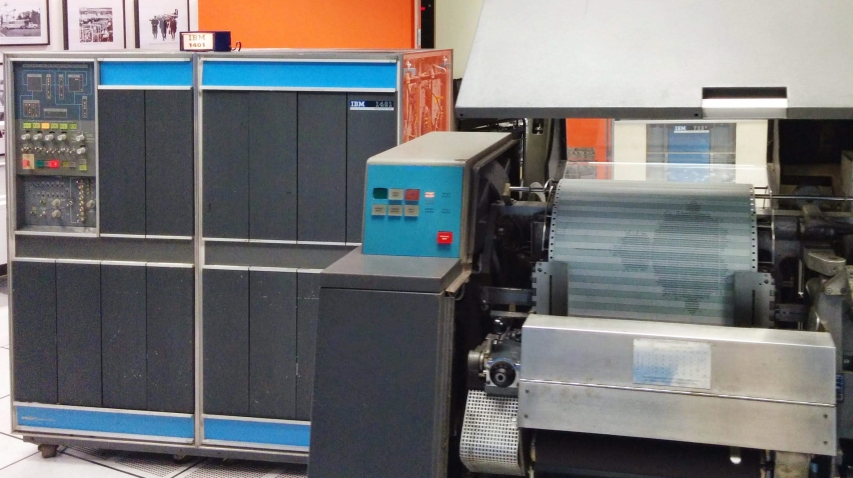 Another great Vintage Computing post from Ken Shirriff on fixing a printer on a vintage IBM 1401 mainframe.

The Computer History Museum has two operational IBM 1401 computers used for demos but one of the printers stopped working a few weeks ago. This blog post describes how the 1401 restoration team diagnosed and repaired the printer. After a lot of tricky debugging (as well as smoke coming out of the printer) we fixed a broken trace on a circuit board.

The IBM 1401 business computer was announced in 1959, and went on to become the best-selling computer of the mid-1960s, with more than 10,000 systems in use. A key selling point of the IBM 1401 was its high-speed line printer, the IBM 1403. It printed 10 lines per second with excellent print quality, said to be the best printing until laser printers were introduced in the 1970s.