Today in History: The Altair 8800 buildable computer goes on sale in 1974 #VintageComputing 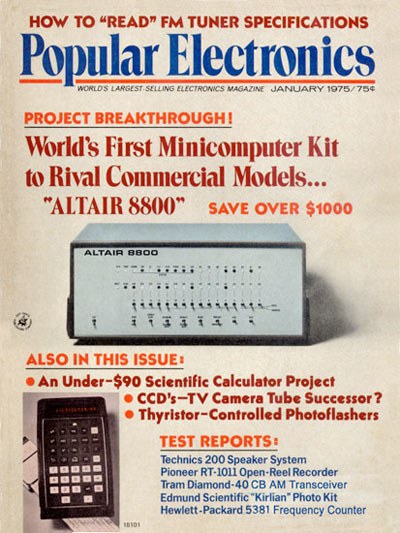 Via Wired, 1974: The Altair 8800 microcomputer goes on sale. It didn’t offer much, but it was the small start of a big trend toward small things.

A small New Mexico company — with the big name of Micro Instrumentation and Telemetry Systems and the small name of MITS — manufactured the Altair as a do-it-yourself kit. At its heart was the Intel 8080 microprocessor, with the remarkable capacity of 8 bits, or 1 byte.

The kit offered a 256-byte memory, just about enough to contain one sentence of text. The Altair’s open, 100-line bus structure evolved into the S-100 standard. 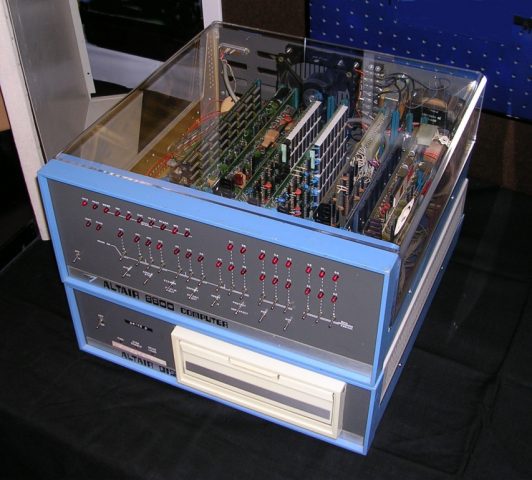 MITS sold more than 2,000 Altairs by the end of 1975, beyond Roberts’ wildest expectations. IMS Associates, which sold the remarkably similar IMSAI 8080 microcomputer, shipped 50 that year.

But the Altair inspired more than knockoffs. The Commodore PET, complete with keyboard and monitor, debuted in early 1977. The Apple II came out later that year.

News of the Altair 8800 excited Paul Allen and Bill Gates, who wrote the first microcomputer BASIC for the 8800 and, within months, went on to found Microsoft together.

Read more on Wired and Wikipedia.

Comments Off on Today in History: The Altair 8800 buildable computer goes on sale in 1974 #VintageComputing