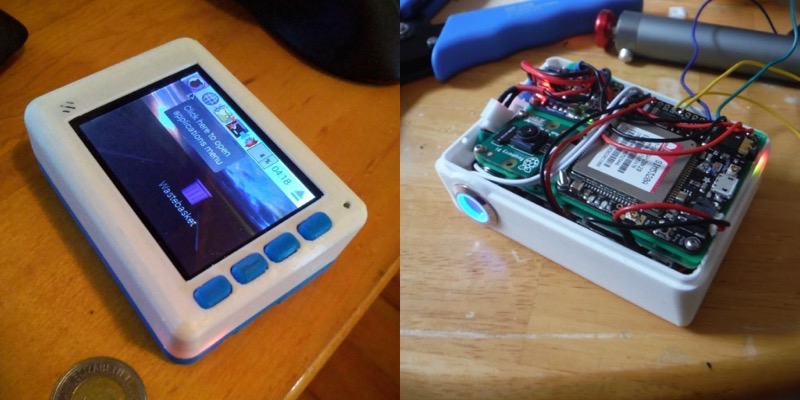 Awesome piece by David Crookes from The MagPi Magazine.

Back in 1982, everyone’s favourite extra-terrestrial, E.T., needed to phone home, so an attempt was made, via a coffee can filled with electronics connected to a tinfoil-lined umbrella, and a Speak & Spell. For many of today’s modern makers, that would be an alien concept (not least because it just wouldn’t work). But it’s one Dylan Radcliffe may well have paid some thought to, given his struggles to create a Raspberry Pi Smartphone that works with 3G.

Usually our project showcases highlight the finished product, but in this case Dylan needs some help. When he began planning his project, he based it on the TyTelli DIY smartphone, a device made almost four years ago by Tyler Spadgenske that could snap photos, send texts, and make and receive calls. It used a specially written OS in Python and it was housed in a 3D-printed case. But it only worked on a 2G cellular network and Dylan found, to his horror, that his home country of Canada had finally phased it out.