What is it like to spend Christmas in Space

Astronauts reveal what the holiday is like in orbit on the International Space Station, Via BBC

25 December 2010. The day Santa Claus surprised not only children around the world, but also astronauts on board the International Space Station (ISS). In the American section of the station, European Space Agency (ESA) Paolo Nespoli was the first to wake. He opened the door of his sleeping compartment to discover a sock attached to the handle, filled with gifts.
“I still remember how startled I was when I opened the door and saw the package there,” Nespoli recalls. “As the others woke and opened their doors, we looked at each other and realised none of us had brought these into orbit.”
This wasn’t the first time that Father Christmas had apparently visited space. The earliest recorded Santa sighting came during the missions of Gemini 6 and 7 in December 1965. Shortly after a rendezvous between the two spacecraft in orbit, Gemini 6 astronaut Thomas Stafford reported seeing “a satellite going from north to south, probably in a polar orbit.”
“Looks like he might be going to re-enter soon,” Stafford informed an increasingly anxious mission control. “Stand by…you might just let me try to pick up that thing.”
Then, over the radio, came the strains of Jingle Bells performed by Stafford and his fellow crewmember, Wally Schirra, on sleigh bells and harmonica – the first musical instruments ever smuggled into space (for more space music firsts see here). 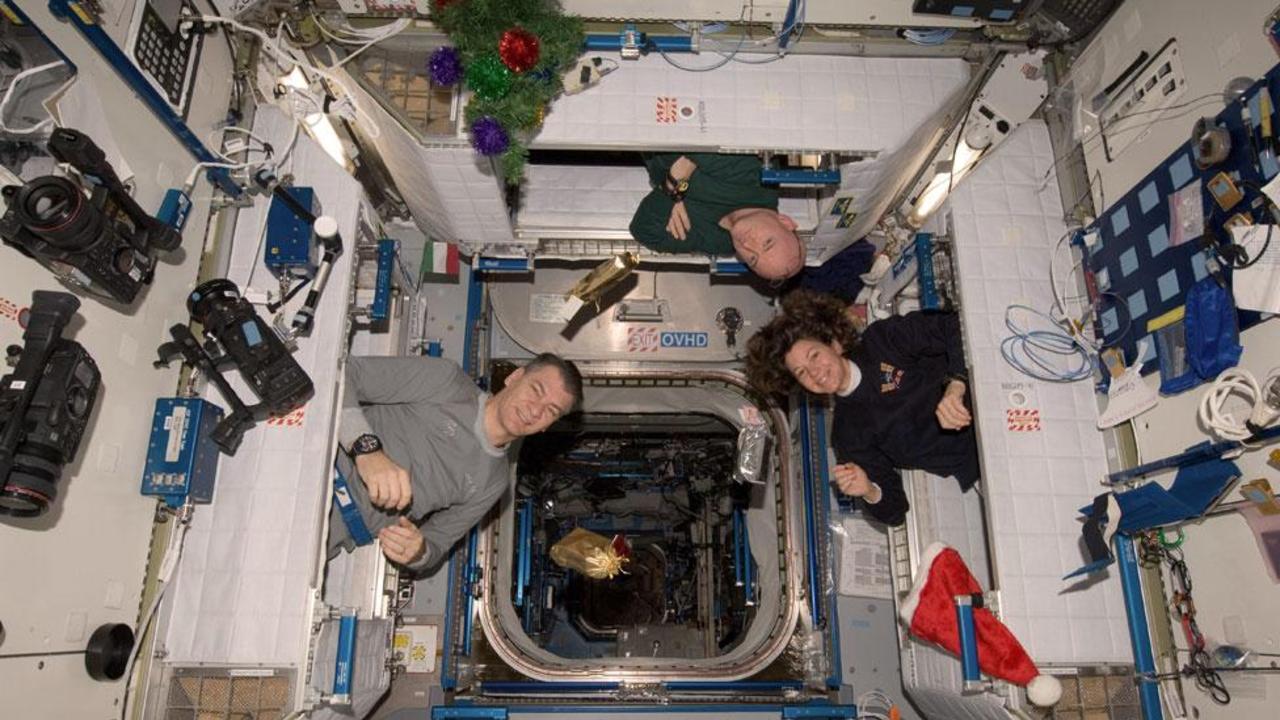