A Games Console using an Oscilloscope

Via mitxela.com, a game console which uses individual eeproms with games on them. It uses an ATmega 128 for code and an electronic oscilloscope for the CRT output. 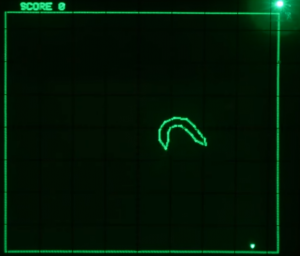 A fun and popular coming-of-age project for microcontrollers is to make a game that plays on an oscilloscope. Partly because I couldn’t decide which game to make, and partly because I wanted to make something special, I decided to build a games console, with a handful of different games on little cartridges. I built the prototype and wrote all of the games in 2014 over a period of about two months.

Read the post for all the details and see video of the project below.

Comments Off on A Games Console using an Oscilloscope