Physicists puzzled by eight-dimensional numbers that could explain reality #Physics 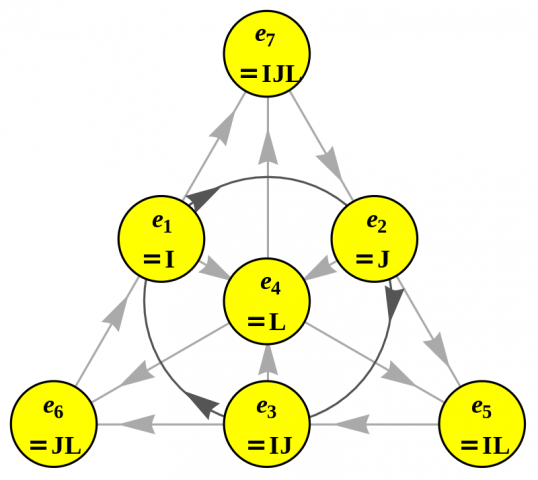 Via BigThink, physicists are currently working with mathematicians on the properties of eight-dimensional numbers, octonions, which may hold the clues to solve fundamental mysteries.

Is our reality, including its forces and particles, based on the strange properties of numbers with eight dimensions called “octonions“? A physicist thinks so, having found a way to expand 40-year-old research to reach surprising new directions.

What hasn’t been completely understood and put to work – the octonions, usually represented by the capital letter O and whose multiplication rules are encoded in a triangular diagram called the Fano plane (that looks like something the Freemasons would devise).

In 1973, Murat Günaydin, the then-Yale-graduate student (now professor at Penn State) and his advisor Feza Gürsey, discovered that there is an unexpected link between octonions and the strong force that keeps quarks together in an atomic nuclei. Günaydin continued his research quite outside the mainstream, looking at connecting the numbers to such ideas as string theory and M-theory.

In 2014, Cohl Furey, a graduate student at the University of Waterloo, Canada, built on Günaydin’s work by finding a new use for the hard-to-imagine numbers. She devised an octonionic model that includes both the strong and electromagnetic forces. Now a postdoc in UK’s University of Cambridge, Furey generated a series of results that link the octonions to the Standard Model of particle physics, in work that has been praised by other scientists. She has “taken significant steps toward solving some really deep physical puzzles,” said Shadi Tahvildar-Zadeh, a mathematical physicist at Rutgers University.