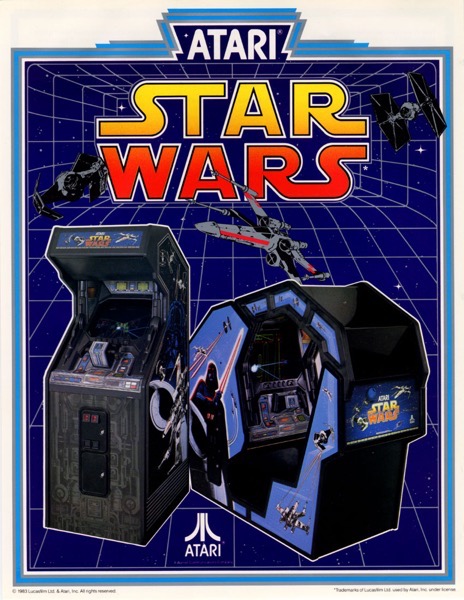 If you’re a fan of retro arcade games, don’t miss this great post from The Arcade Blogger.

Ask any fan of Golden Age classic arcade machines what their fondest recollection of the era is, and it is likely that Atari’s seminal Star Wars game is going to be mentioned by most. Released in 1983, the game is indeed a true classic and is arguably one of the best uses of a licence ever in a video game. Based on the action seen in the film, this full colour vector game drops the player into the Star Wars Universe. And despite being ultimately not much more than an on-rails shooter, it is a great game, that puts the player inside an X-Wing Fighter craft as Luke Skywalker travelling through space to shoot down enemy Tie-Fighters.