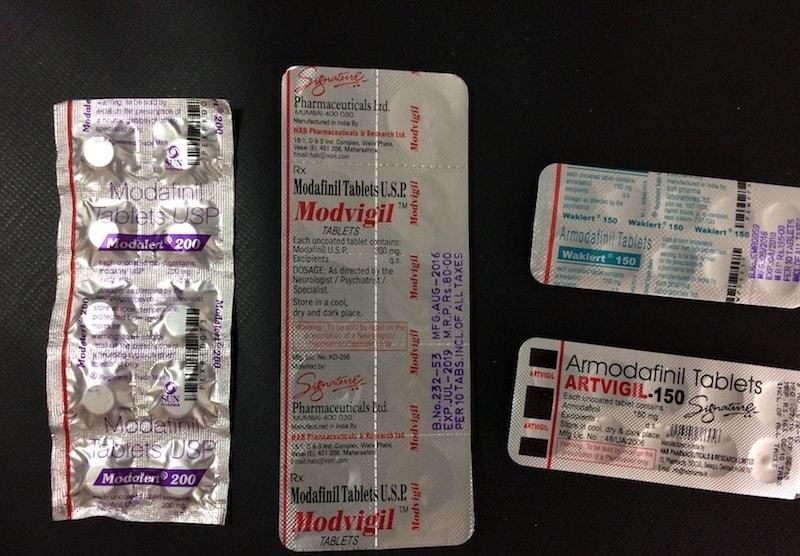 Modafinil has been hailed as the most significant nootropic and used by biohackers for sharp focus for over a decade. It is a schedule IV drug normally prescribed for ADHD and narcolepsy. The interesting thing about modafinil is that it does not work well for everybody. A single genotype variation has been identified as a likely predictor to modafinil response. Those who are high responders have shown increased vigor, reduced depression and claim a sense of well being. This research is based on a single relatively small study from 2009.
Disclaimer: We are biohackers and this data is being presented for informational purposes only. Do not try using the substances mentioned below without appropriate medical supervision.
SNP rs4680
The rs4680 SNP has been well studied and is related to our COMT gene. This gene is responsible for an enzyme which breaks down dopamine. Depending on our alleles the people with the rs4680(G,G) configuration were shown to have significantly more response to modafinil than those with the (A,A) who barely responded to the drug. 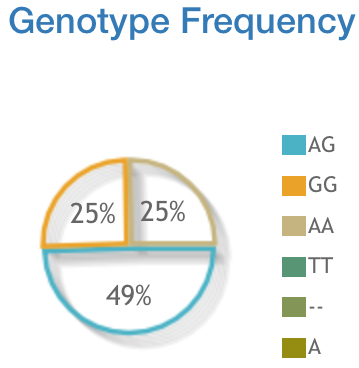 23andMe tests for the rs4680 variant so you can look it up in the raw data browser on their website. My genetics suggest an intermediate response to modafinil, but I find I respond well enough to take only 1/4 of a pill for the entire day. 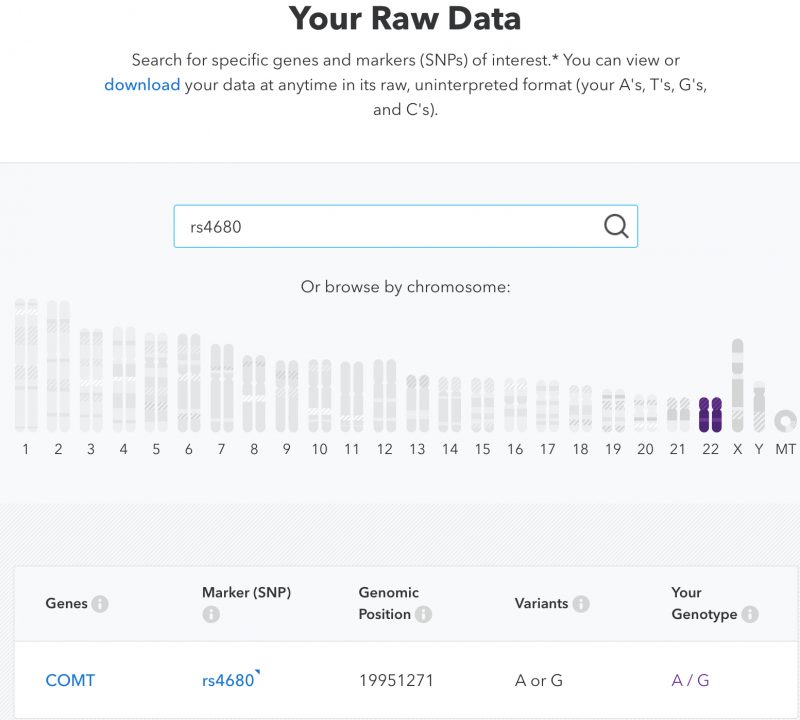 The Study: Pharmacogenetics of Modafinil After Sleep Loss
In 2009 researchers in Zurich conducted a sleep deprivation test with 22 individuals all approximately 23 years old. The dark black bar represents those who took modafinil and had the rs4680(G,G) or Val/Val configuration. Note the improved levels of vigor, reduced depression and increased sense of well-being for this group compared to the light grey rs4680(A,A) or Met/Met group. 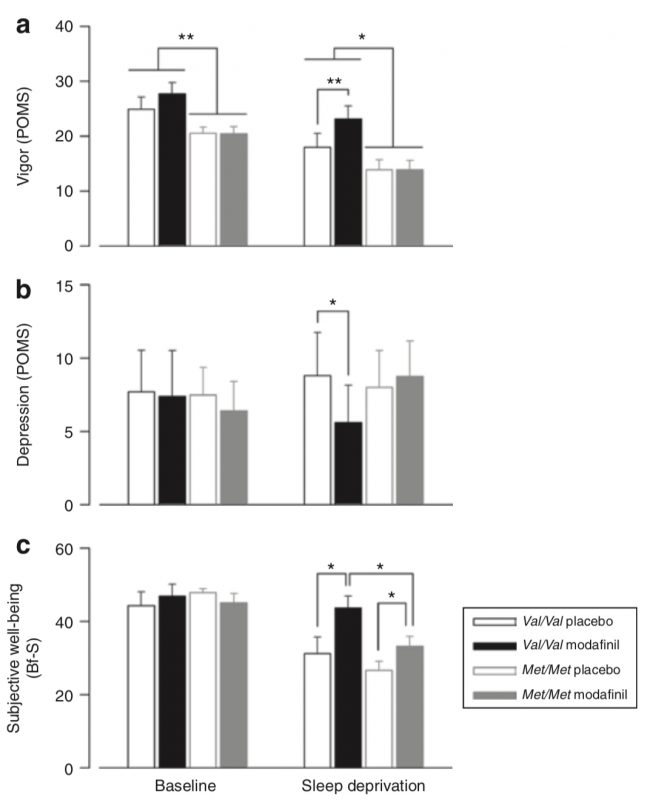 The study itself consisted of two doses of modafinil being administered after being awake for 11 hours and 23 hours.

Saliva was sampled and this chart shows that more modafinil was present in those with the rs4680(G,G) or Val/Val configuration. 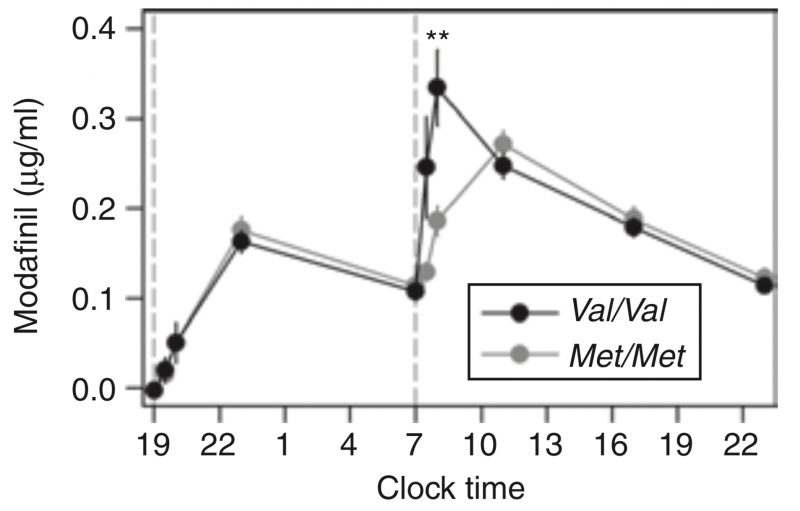 Comments Off on Biohacking: A Gene to Predict Modafinil Response