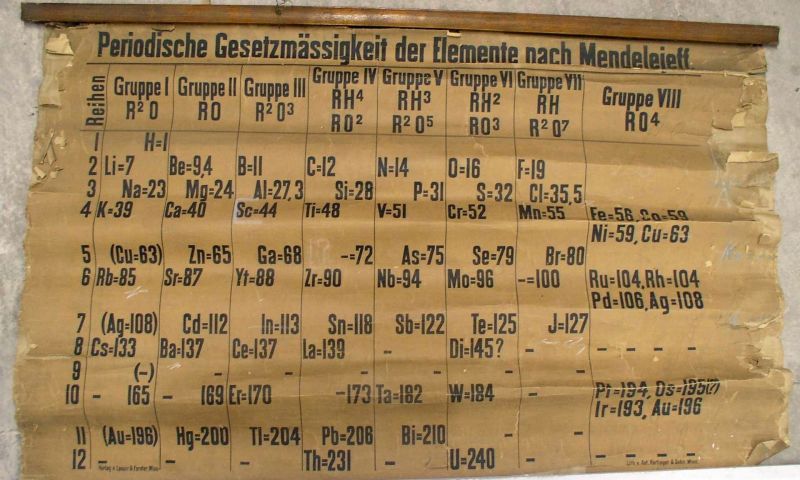 A classroom chart bearing an early version of the periodic table of elements has been discovered in a University of St. Andrews chemistry lab. Dating back to the 1880s, the chart is thought to be the world’s oldest.

The storage room of the chemistry department at the Scottish university hadn’t been properly cleaned since the facility opened in 1968, prompting a months-long effort to tidy up back in 2014, according to a news release issued today by the University of St. Andrews. Among all the clutter that had collected over the years was a stash of rolled-up teaching charts.

When chemist Alan Aitken unfurled one of these charts, he saw an old-fashioned version of the periodic table of the elements. At top was a title written in German: “Periodische Gesetzmässigkeit der Elemente nach Mendeleieff,” which translates to “Periodic Regularity of the Elements according to Mendeleev.” The table was extremely brittle and fragile, and some pieces crumbled in Aitken’s hands during this initial handling. The poor condition of the chart, along with its archaic table of elements, led to suggestions that it was very old.