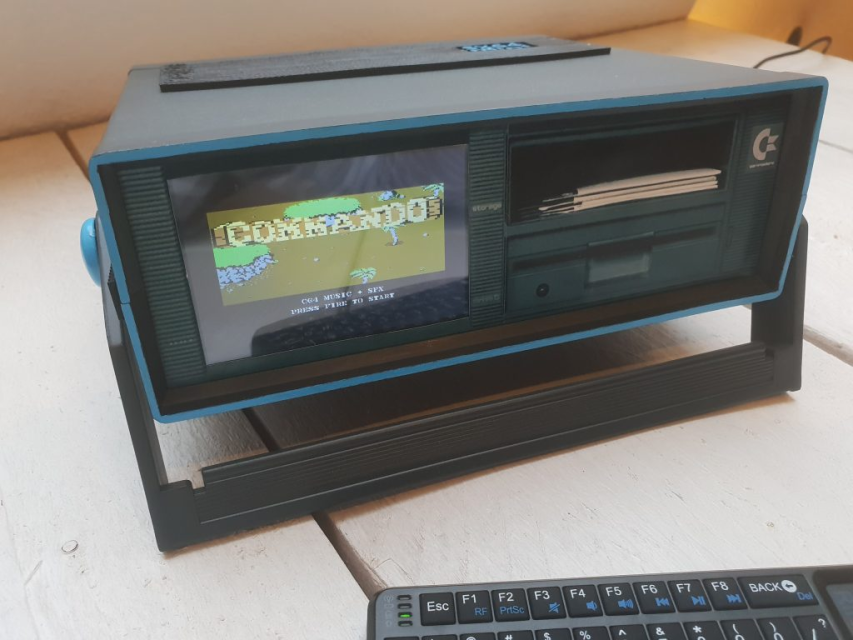 The Commodore SX-64 was a portable, briefcase-size “luggable” version of the popular Commodore 64 home computer and the first full-color portable computer.

Over on steenken.me, Christian Steenken shows a build that is a bit smaller and much lighter: the SX-64 Mini. This modern version uses a Raspberry Pi emulating the Commodore software. The display is a Kuman 3.5 inch Touch TFT LCD. It uses a 2.4 GHz wireless mini keyboard. The SX-Mini is based on an affordable $9.99 case from Bangood. The floppy drive is faux (but could be possible via this guide).

You can get the build instructions and see lots of pictures on Christian’s site.