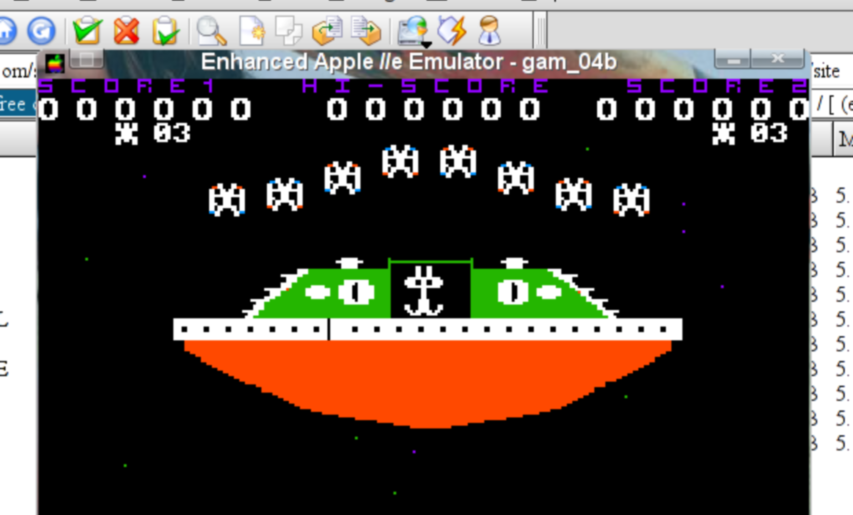 LinApple is an Apple II (2 // ][ etc.) is cross-platform emulator by beotiger.

I’ve been exploring the Internet looking for decent working emulator of my favorite 8-bit computer – Apple][ – for my Linux desktop.

But I could not find the one! I could not believe it – Linux is the leading powerful operation system, and nowadays there is NO ONE working emulator for the greatest computer of the past – the Apple][. But the truth is this:

Yes, I know, there is KEGS -brilliant piece of code written by Kent Dickey for current most spread-wide OSes, including Linux. But KEGS is emulator of Apple2GS computers, which is although compatible is not as a real Apple][, agree.

There is also XAPPLE, but it is obsolete and does not want to run on my modern Linux desktop. There are few others, including YAE – Yet Another Apple2 Emulator, but they also are obsolete and not usable, or expecting rather strange things.

So, what you think I had to do? Yes, to write my own emulator, which could be run easily on my modern Linux desktop.

AppleWin (https://github.com/AppleWin) is almost perfect, but it has one disadvantage – it can not be runned on Linux!

So, instead of inventing a wheel, I decided to port AppleWin to Linux, using SDL library (Simple DirectMedia Layer) and changing all Windows API functions to their POSIX equivalents.

In a couple of weeks of debugging and testing emulator became what we can see it now – a real working powerful emulator of Apple][ series computers under Linux, working right out of the box! To be more precise, it is not just for Linux, but for any POSIX-compliant OS which supports SDL library.

What are the differences between the forked version of Mark Ormond and original LinApple – Apple II emulator for Linux? You can build it for Raspberry Pi! Very nice.

Once you have your emulator working, check out the Internet Archive for their software libraries – they have been imaging thousands of disks.