If You Quit Watching The Magicians, We Think That Was a Huge Mistake #SciFiSunday 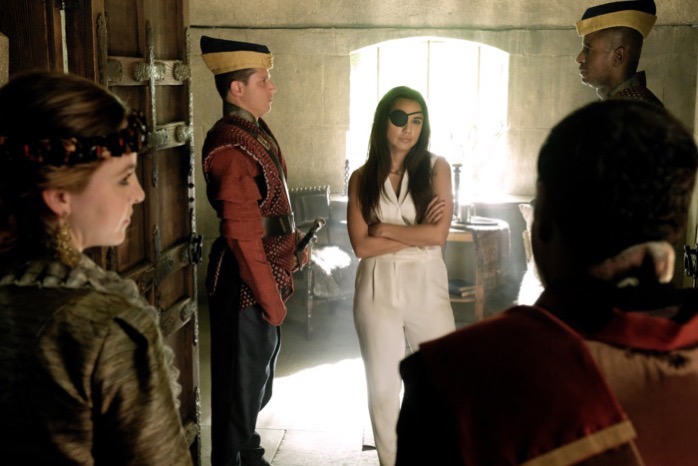 Vulture’s Kathryn VanArendonk argues (pretty convincingly) that you should give The Magicians a second chance. As a huge fan of the series, I wholeheartedly agree. Season 4 just premiered last Wednesday. Don’t worry if you need to play catch-up, the first 3 seasons are available to stream on Netflix. In other words, you prayed to the fantasy/sci-fi gods for some content to binge, this is their answer. (Sidenote for those who don’t know, the series is based on The Magicians books by Lev Grossman, I think they are superb so-far, I’m currently two-thirds of the way through the first book).

Every TV show has a rhythm. The Americans was a logarithmic acceleration; Brooklyn Nine-Nine is a burst of fizzy bubbles; the rhythm of any cop procedural is a reliable clockwork ticking. When Syfy’s The Magicians premiered three years ago, it felt uneasy, caught too tightly inside the Lev Grossman novels that inspired it. Now in its fourth season, which premieres Wednesday night, The Magicians is like watching a silver ball rocket around a pinball machine, if that pinball machine were somehow operating outside the logics of Newtonian physics. For short stretches you’ll feel confident about its trajectory and momentum, until it suddenly ricochets into unseen wormholes and reappears in unexpected places, happily zipping around as if nothing happened at all.

The Magicians moves almost too quickly to follow. Its universe makes no sense, and even for someone who’s read Grossman’s books, it’s essentially impossible to track as a linear plot. It is a hurtling comet powered by fantasy logic, horniness, trauma, revenge, painful self-awareness, and begrudging but unshakable friendship. When I first watched it in 2016, I quit after four episodes. When I came back to it this time, skimming the rest of season one and then settling in with the rest, I gulped two seasons in less than a week, and at one point in season three found myself so overcome that I swaddled my entire head in my cardigan and shook with joy. I watched the first three episodes of season four provided to critics much too quickly, and I cannot wait for the rest.

Comments Off on If You Quit Watching The Magicians, We Think That Was a Huge Mistake #SciFiSunday