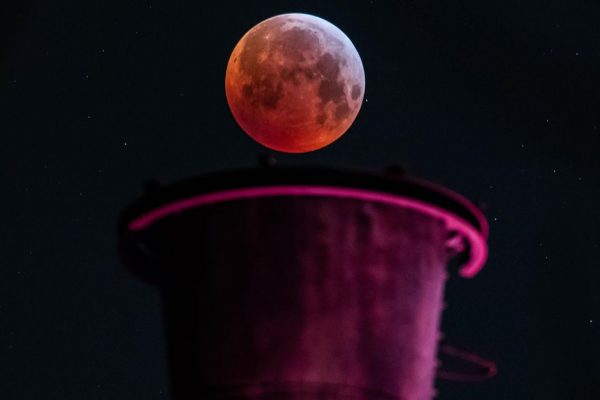 During such an eclipse, the Earth, moon and sun align such that the Earth blocks the sunlight from reaching the surface of the moon, casting the lunar surface in shadow. When the central part of the Earth’s shadow, called the umbra, covers the moon, the only light that reaches the lunar surface has been filtered through Earth’s atmosphere, which strips out the blue wavelengths and casts the moon in a red glow.