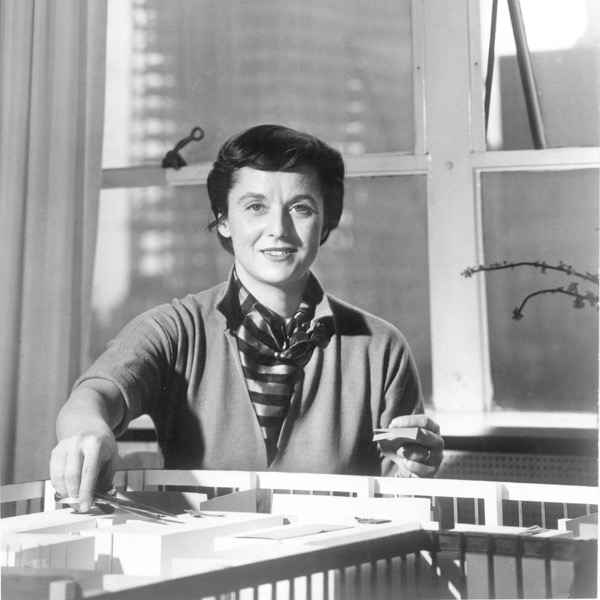 Dezeen remembers the life and work of Florence Knoll Bassett who died in late January. She developed the open office plan concept, which transformed the modern workspace.

As the driving force behind the development of the Knoll furniture brand, and the founder of the company’s ground-breaking Planning Unit, Knoll Bassett is considered one of the most influential figures in 20th-century design.

She developed many of the company’s design classics, and also commissioned iconic pieces from figures like Eero Saarinen, Harry Bertoia and Isamu Noguchi.

She died on 25 January aged 101, it was announced by Knoll’s senior vice-president of communications David E Bright.

American architecture critic Paul Goldberger is among those who have paid tribute to Knoll Bassett on Twitter, describing her as “a brilliant design force”.