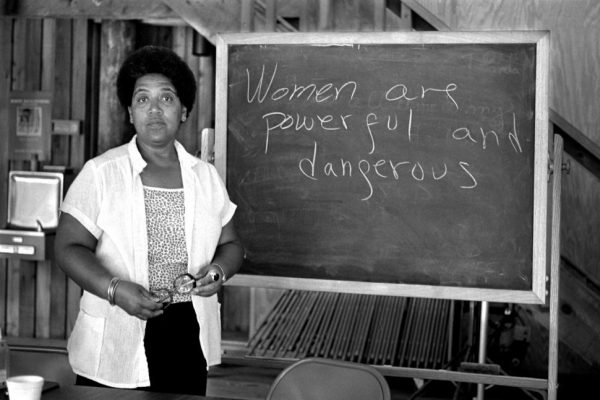 via the Poetry Foundation

A self-described “black, lesbian, mother, warrior, poet,” Audre Lorde dedicated both her life and her creative talent to confronting and addressing injustices of racism, sexism, classism, and homophobia. Lorde was born in New York City to West Indian immigrant parents. She attended Catholic school and published her first poem in Seventeen magazine while still in high school. Of her poetic beginnings Lorde commented in Black Women Writers: “I used to speak in poetry. I would read poems, and I would memorize them. People would say, well what do you think, Audre. What happened to you yesterday? And I would recite a poem and somewhere in that poem would be a line or a feeling I would be sharing. In other words, I literally communicated through poetry. And when I couldn’t find the poems to express the things I was feeling, that’s what started me writing poetry, and that was when I was twelve or thirteen.”