Welcome to the Adafruit IOT Monthly for the cold month of February (anyone out there making an internet-enabled hot-cocoa machine?). This newsletter (in blog form) highlights projects and updates about Adafruit IO – our Internet-of-Things Service for makers, news, stories, and advances in the world of IoT.

IO News highlights what’s new on Adafruit IO, our internet-of-things service for makers. There’s been some new updates to the platform since we’ve blogged an IoT Monthly.

For Adafruit IO, webhooks are unique URLs that you can use to send data to your feeds from anywhere on the internet, without having to share you IO API secret keys. They’re kind of like one-off API endpoints that you can manage separately from your security credentials and feed privacy.

There have long been requests for “shared write access” to feeds, which can be done using the feed sharing feature already built into IO, but that requires everyone sending data to have an Adafruit IO account and use their credentials to send data. That, unfortunately, limits you from, for example, creating a simple web form to publish data directly to a feed.

Read more about this feature on the Adafruit IO Development Blog

We’ve renamed the Python library for Adafruit IO to reflect the naming scheme for our other library – Adafruit IO Arduino. So, IO Client Python is now known as Adafruit IO Python.

The IO Team has recently added a few services to Adafruit IO – Dark Sky for weather forecasting and a random data service to create random colors, words, numbers. Until now, you haven’t been able to use these services with the Adafruit IO Python library.

Powered by Adafruit IO: Projects from the Community

Each month, we select our favorite projects from around the internet which use Adafruit IO. Here are some of our favorites:

How to Automate your Home with Adafruit IO

MakerIO published a new video on home automation using Adafruit IO. For the sake of simplicity, Robin uses two Huzzah boards to create a ping-pong application between the two of them. One board houses a button, which changes the state of the other board’s LED based on the first button. This simple example can be applied to home automation – one board could be used to control the lights in your home, the garage door, or anything wired up to a relay.

Are you working on a project which uses Adafruit IO and want to show it off? Add the #adafruitio hashtag to your tweets, join our Discord channel (http://adafru.it/discord), or join the SHOW-AND-TELL every Wednesday night at 7:30pm ET on Google+ Hangouts.

Have you heard about making, cosplay and electronics, but don’t know where to start? Visit the Adafruit Learning System for over 1500 tutorials for electronics projects, ideas and techniques! We’ve selected two, internet-of-things-based guides from the learning system:

Want to build your own network? This new guide uses the Adafruit LoRa radio bonnet with OLED and two Feathers with BME280 sensors to build a Weather Monitoring Network.

Adding a WiFi Co-Processor to CircuitPython

See this guide today – there’s even an example for posting to Adafruit IO!

#IOTuesday: IOT News and Projects from around the ‘net

We publish the latest and most interesting IoT news and projects from around the `net every Tuesday. Here’s some of our favorite recent stories. 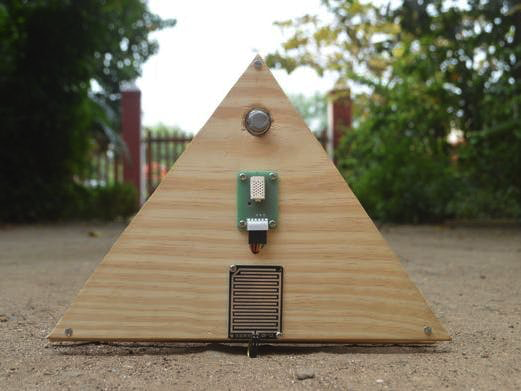 Ever wanted to monitor your city’s Current Weather Conditions, Carbon Footprint, Noise and Pollution levels? Do you want be a Climate Change Crusader or set-up your own Tweeting Weather Station and share your local weather conditions with the world? 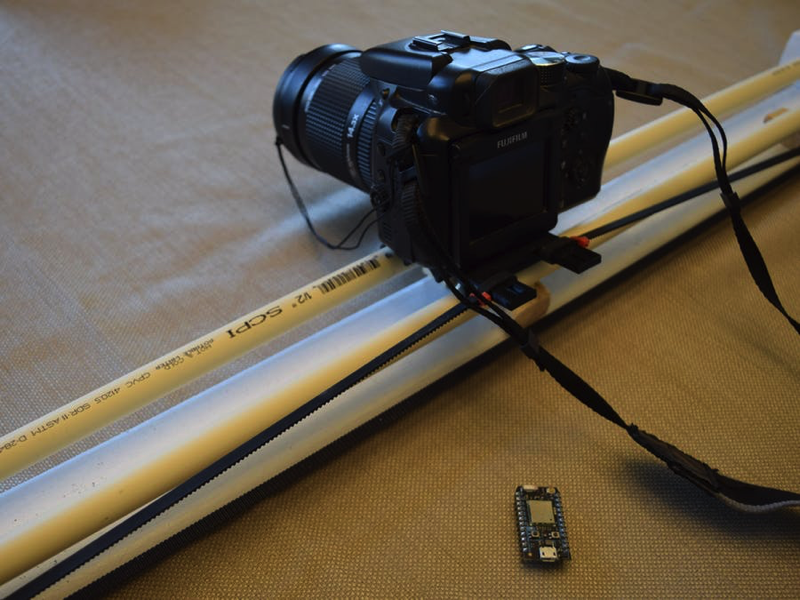 In making videos for my projects I have often wanted to get a smooth shot of a part, such as a pan of an Arduino Nano. I have seen about 3 projects where people made devices that could pan a camera, but they were either not internet-connected or they were very expensive. So I set out to improve them.

Andy posts on The Ongoing Struggle a story that anyone developing an electronic product but especially an Internet of Things (IoT) product should heed.

The subtitle is the NTPmare shortly after Christmas.

How to control a device with a Kronaby smartwatch with IFTTT

Via Mike Diamond on What I Made Today, a look at a special breed of watch that incorporates the characteristics of a regular watch (digital or analog), with select functions of the Smart Watch.

The hybrid smartwatch that caught my attention was the small Swedish company, Kronaby. They specialize in beautifully-designed analog (hybrid) smart watches that radiate prestige, while quietly synchronizing with your phone. They offer multiple functions – applied through their simple, easy-to-use and equally well-designed app.

This post is for general interest, but may be most useful to the Kronaby owner who wants to know what their IFTTT function is, and how to use it with their watch.

Enjoyed skimming the Adafruit IOT Monthly? Leave us a comment below!