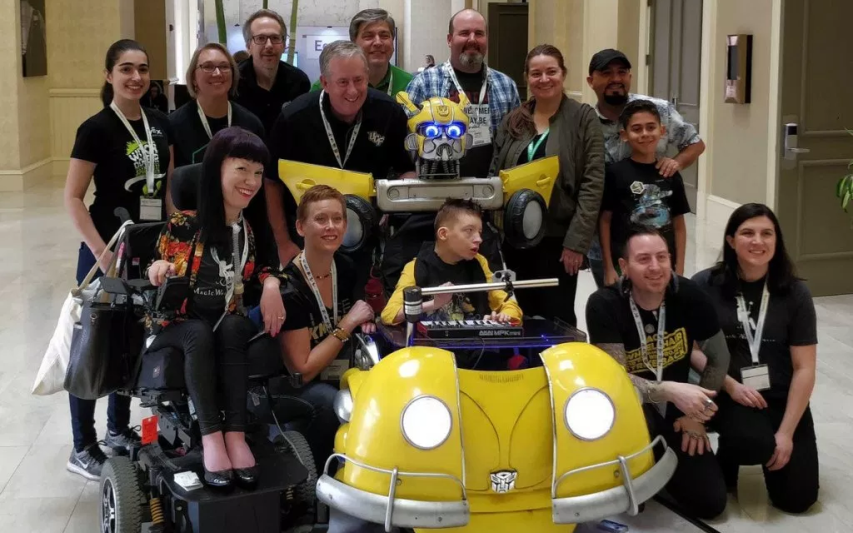 Ian Cole writes on Make about the MakerFX team build to transform a wheelchair into an interactive Transformers Bumblebee costume.

Alex is a 16 year old boy who loves cars, making music, and the Transformers movies. Alex has global hypotonia which makes it hard to control his muscles and requires the use of a wheelchair. Bumblebee is an epic costume for Alex’s chair that is interactive, with multiple types of inputs for Alex, and a big sound system and lots of LEDs. This is the story of how we turned this chair into a transformer!

Oh, and we have THREE WEEKS. With no time to spare, tacos were consumed, and many napkin sketches were created. 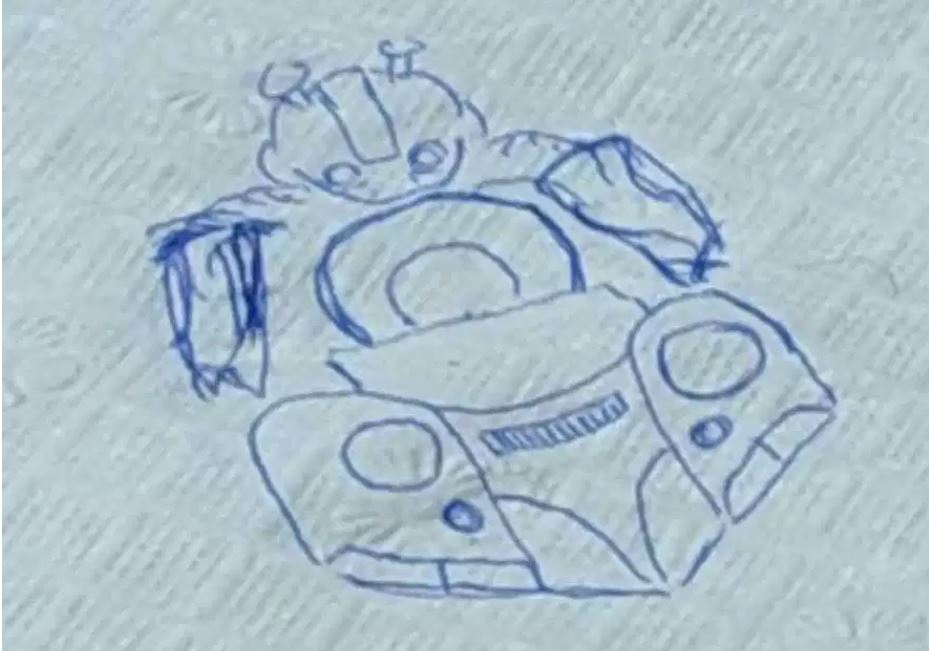 A number of our team members participate in the Power Racing Series at Maker Faire Orlando, so we had several car bodies in storage. In addition we purchased a newer VW Beetle and the seller gave us a motorcycle once he heard about the project. We then turned Makers Hollow and MakerFX into a plastic chop shop to find almost all the needed pieces.

Powered by a Teensy 3.6, this dashboard has a capacitive touch horn button 3D printed with conductive filament from Proto-pasta! The Adafruit 12-Key Capacitive Touch Sensor Breakout was used to interface to the Teensy and to control the sensitivity of the button. It also contains two Assistive Technology buttons, a 320×240 LCD video screen, and three addressable LED rings.

Connected to the Teensy are 4 sets of WS2812 addressable LEDs (NeoPixels). These drive the eyes (two 16 LED rings running on the same data pin), the tray LEDs (60+ LEDs that wrap around Alex’s tray, the headlight rings (two 24 LED rings running on the same data pin), and the Autobot logos on the side of Bumblebee (10 strip LEDs per side, also sharing a data pin). In addition, several sections of 12v RGB strip LEDs are used as ground effect and side panel lighting and these are driven by 3 channels of the custom driver board. The remaining two channels on the driver board control the left and right headlight.

See the video below and read about the entire build in the Make article here.