Underwater Drone: The Story of the Madness #piday #raspberrypi @Raspberry_Pi 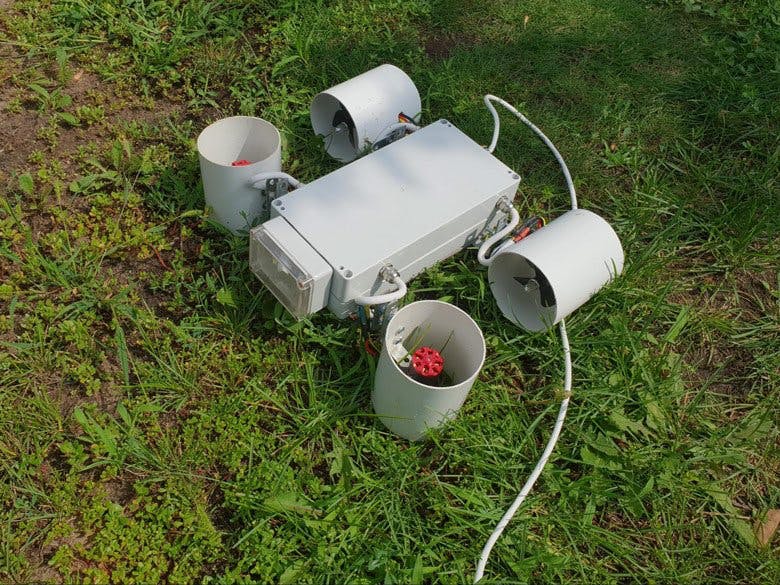 I’ve watched a lot of programs about inventors on Discovery channel and once I decided to do something interesting by myself, so that it could be really impressive and difficult at a time: some electric motors, controllers, handling, camera. After buying a lot of useful (and not very useful) stuff, I began to think what kind of project should I start. Finally I came to the conclusion that there are a lot of flying and driving drones, but it’s not about underwater drones (ha ha, but as I understand now, I was terribly wrong then).

After surfing the Internet, I found several interesting projects, but most of them were either in the development stage or they were not to come cheap (3k++ dollars). Those who are interested in this projects can find some here.

Looking ahead, I can say that I’ve got a working prototype that can swim several meters deep, although it has its pros and cons. I can’t assert that finally I’ve got an easy-to-control stuff or stuff that can do more than just to calm down my engineer enthusiasm. But all the units of this stuff work properly, and it is very important that my mistakes and experience can help someone to create something really significant (even if it will be significant only for himself\herself).

Comments Off on Underwater Drone: The Story of the Madness #piday #raspberrypi @Raspberry_Pi