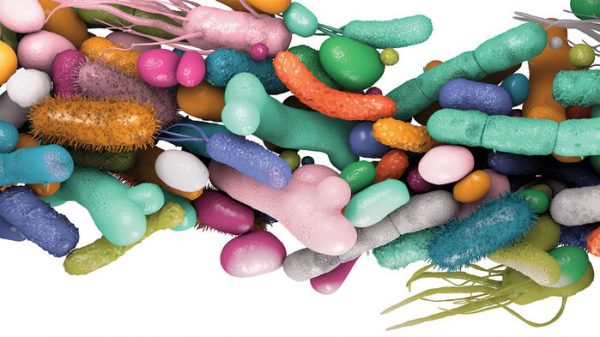 A really interesting article via Science

Several studies in mice had indicated that gut microbes can affect behavior, and small studies of people suggested this microbial repertoire is altered in depression. To test the link in a larger group, Jeroen Raes, a microbiologist at the Catholic University of Leuven in Belgium, and his colleagues took a closer look at 1054 Belgians they had recruited to assess a “normal” microbiome. Some in the group—173 in total—had been diagnosed with depression or had done poorly on a quality of life survey, and the team compared their microbiomes with those other participants. Two kinds of microbes, Coprococcus and Dialister, were missing from the microbiomes of the depressed subjects, but not from those with a high quality of life. The finding held up when the researchers allowed for factors such as age, sex, or antidepressant use, all of which influence the microbiome, the team reports today in Nature Microbiology. They also found the depressed people had an increase in bacteria implicated in Crohn disease, suggesting inflammation may be at fault.

Comments Off on Evidence Mounts That Gut Bacteria Can Influence Mood, Prevent Depression