An introduction to CubeSats #Satellite

To answer that, let’s first define a U. A ‘U’ is a 10x10x10 cm cube of space from which cubesats derive their name. Cubesats are made up of multiples of these U’s put together and can have 1.33Kg of weight for every U in their structure. Cubesats can range from a simple 1U cube to 24U “behemoths”, but they are all made to fit in an area traced out by the same standardized cube. If cubesats are just a standard of sizing, why do we hear about them so often? Because standardization opens up a world of possibility.

Cubesats are quick and cheap to build. They can be built and launched for around $150,000 US and can go from initial concept to launch in under a year. Traditional satellites often take years and millions of dollars to develop. Standardization is the key to cubesats low costs and quick turnaround. Because most cubesats are one of  3 sizes (1U, 3U, 6U), manufacturers can design components generally. Components don’t need to be tailor made. These general cubesat components are also augmented by many commercial off the shelf (COTS) parts which further drive down the cost and time in development.

Because Cubesats are so cheap to build, they have massively reduced the barriers of entry to space. If you’re a group that want to collect data from space on a specific item (rainfall, arctic ice, exoplanets, etc…) but you can’t afford a dedicated satellite you no longer need to hope that you can be mounted as a secondary payload on another satellite. It’s now cheap enough that you can build your own cubesat. Solar sails are one great example of using cubesats to demonstrate new technology. Both the planetary society and NASA are using cubesats (Lightsail-1 and Nanosail-D respectively) to experiment with solar sails. These missions are being carried out for fractions of a price of a traditional space based platform. They are cheap enough that even high schools are able to launch cubesats as a way of getting people interested in STEM.

You can read about what goes into a Cubesats and the future of Cubesats in the blog post here.

If you are interested in reading more about the engineering details of designing a satellite or are in a university cubesat team this is a great reference.

Adafruit knows at least one Cubesat which launched with Adafruit parts: LidSat-1 had an Adafruit Feather M0 aboard!

If you know of any other Cubesats (or balloons, etc.) using Adafruit parts, post the info on Twitter tagging @Adafruit – we love to feature such projects. 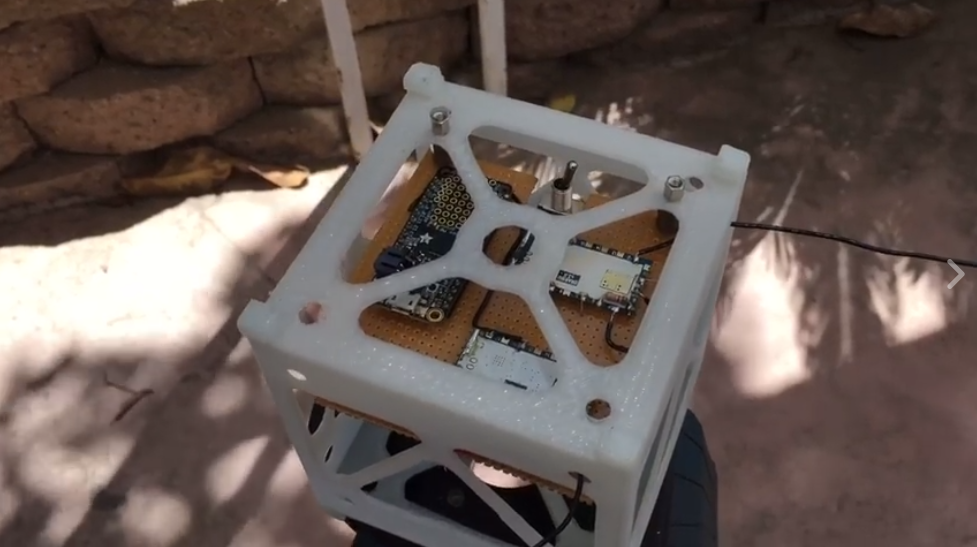 Comments Off on An introduction to CubeSats #Satellite