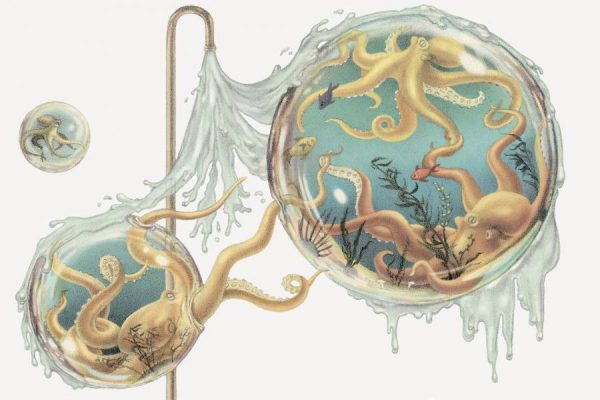 Five hundred million years of evolution separates humans from the seafloor-scuttling octopus, an invertebrate that stores most of its brain cells in its eight arms. But over the past few years, marine scientists have been discovering some surprising behavior from octopuses: stealing fish from neighboring tanks and fishermen, identifying “nice” and “mean” keepers, and turning off lights by squirting water at overhead bulbs to short out the power supply.
So when Gül Dölen, a Johns Hopkins assistant professor of neuroscience, wanted to test some ideas about how neural circuits govern social behavior, she reached for an octopus—or rather seven of them—from the Marine Biological Laboratory in Woods Hole, Massachusetts.

Comments Off on Making an Octopus Cuddly