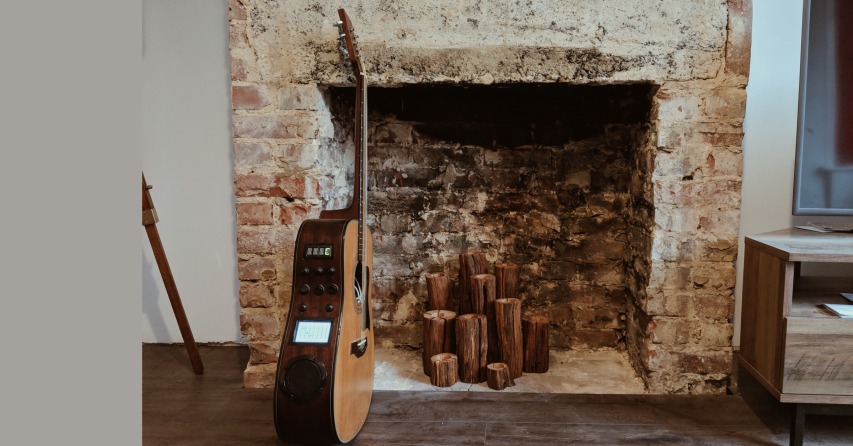 Via Joe Birch on Twitter and Medium: It is estimated that there are at ~285 million people in the world who are partially sighted. For people who have disabling hearing loss we are looking at around ~466 million. And when it comes to people are are deaf-blind, I struggled to find worldwide statistics. I found that there are ~390,000 people in the UK, which is 0.6% of the UK population — worldwide that would likely be even bigger.

Now comes Chord Assist on the heels of BrailleBox in 2017:

Chord Assist was already an Actions on Google project that I built for the Google home, now I wanted to take that and stick it in a guitar powered by voice, visuals and braille. All three of these together will hopefully help to reduce the friction that may be experienced throughout the process of learning an instrument.

Using the microphone on the guitar, the user can request to learn how to play a chord — if the desired chord is supported then the information will be returned and presented back to the user. For prototype purposes a button needs to be pressed to trigger the listening process, but a switch could simply be used to enabled and disabled the microphone as desired.

The code is in Python but appears to not have been released in full – samples are in the Medium post.

See the video below for a demonstration.

Comments Off on Chord Assist – an accessible smart guitar for the blind, deaf and mute #PiDay #RaspberryPi #AdaptiveTechnology