Today we celebrate Samuel R. Delany, legendary science fiction writer. He has won four Nebula awards and two Hugo Awards, was inducted into the Science Fiction and Fantasy Hall of Fame, was a professor of English and Creative Writing at Temple University in Philadelphia, and has won J. Lloyd Eaton Lifetime Achievement Award in Science Fiction. The Science Fiction Writers of America named him its 30th SFWA Grand Master in 2013. 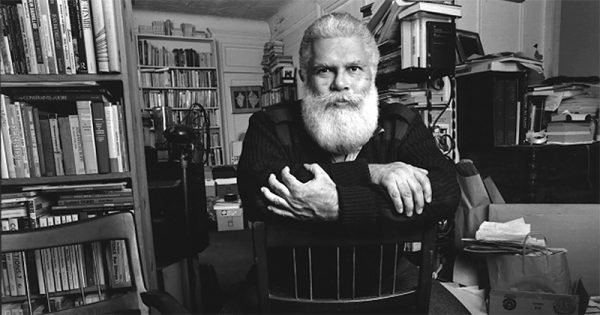 From The Paris Review:

Delany was born on April 1, 1942, in Harlem, by then the cultural epicenter of black America. His father, who had come to New York from Raleigh, North Carolina, ran Levy and Delany, a funeral home to which Langston Hughes refers in his stories about the neighborhood. Delany grew up above his father’s business. During the day he attended Dalton, an elite and primarily white prep school on the Upper East Side; at home, his mother, a senior clerk at the New York Public Library’s Countee Cullen branch, on 125th Street, nurtured his exceptional intelligence and kaleidoscopic interests. He sang in the choir at St. Philip’s, Harlem’s black Episcopalian church, composed atonal music, played multiple instruments, and choreographed dances at the General Grant Community Center. In 1956, he earned a spot at the Bronx High School of Science, where he would meet his future wife, the poet Marilyn Hacker.

In the early sixties, the newly married couple settled in the East Village. There, Delany wrote his first novel, The Jewels of Aptor. He was nineteen. Over the next six years, he published eight more science-fiction novels, among them the Nebula Award winners Babel-17(1966) and The Einstein Intersection (1967). Even then, his exploration of issues of sexuality, ethnicity, and gender—like the polyamorous love between three spacecraft navigators in Babel-17, or alien colonization and the relationship between the marginalized and history in The Einstein Intersection—­distinguished him from other authors working in the genre. Even when set in fantastic worlds, like the Star-Pit, a city that squats at the galaxy’s edge, or Nevèrÿon, an ancient, dragon-filled land whose inhabitants are just learning to write, Delany’s work mirrors the generational shifts and concerns of his times.

In 1971, he completed a draft of a book he had been reworking for years. Dhalgren, his story of the Kid, a schizoid, amnesiac wanderer, takes place in Bellona, a shell of a city in the American Midwest isolated from the rest of the world and populated by warring gangs and holographic beasts. When Delany, Hacker, and their one-year-old daughter flew back to the States just before Christmas Eve in 1974, they saw copies of Dhalgren filling book racks at Kennedy Airport even before they reached customs. Over the next decade, the novel sold more than a million copies and was called a master­piece by some critics. William Gibson famously described it as “a riddle that was never meant to be solved.” 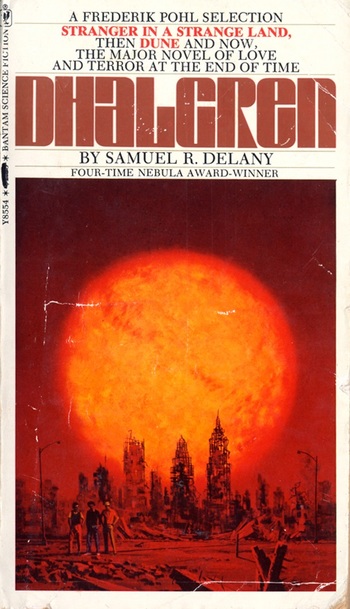 In his own words, from The Portalist:

Because I did grow up as a gay African American who moved from Harlem into the radically changing community of New York’s East Village, it might be interesting to ask why the sex and racein those early books you began by mentioning was so coded—the triples in Babel-17, or the three genders—la, lo, and le—in The Einstein Intersection, why the third is almost indistinguishable from women.

[My book] Trouble on Triton is a massive critique of a certain sort of narrow-minded heteronormativity in the face of a society that is insistently liberatory about matters gay and gay perspectives. And, to a number of critics, Nova has seemed to present in its narrative a coded relationship between Lorq and the Mouse that recalls something out of Moby-Dick, as do other aspects of the novel.

More from the interview