Japanese Spacecraft Touches Down on an Asteroid and Grabs Some Dust 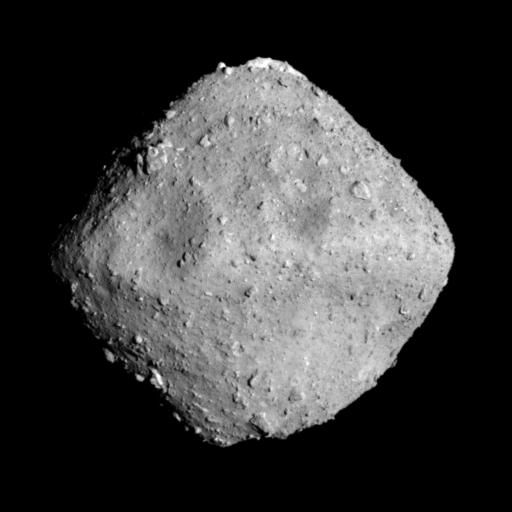 Around 200 million miles away from Earth, a Japanese spacecraft just grabbed a tiny sample of dirt off the surface of an asteroid — the second time humanity has ever pulled off such a feat. The precious samples are destined to come back to Earth, where they’ll be analyzed by scientists. This scrutiny could tell us a great deal about the chemical makeup of these rocks, as well as what materials were present in the early days of the Solar System.

The spacecraft in possession of this newly acquired asteroid material is Hayabusa-2, operated by the Japan Aerospace Exploration Agency (JAXA). It’s the successor to JAXA’s original Hayabusa mission, which was the first to return samples of an asteroid to Earth in 2010. Launched in 2014, Hayabusa-2 traveled through space for three and a half years, arriving at an asteroid named Ryugu in June 2018. Ever since then, Hayabusa-2 has been hanging around Ryugu, analyzing its surface and practicing for today’s big sample grab.