1616 – On the Revolutions of the Heavenly Spheres by Nicolaus Copernicus is added to the Index of Forbidden Books. 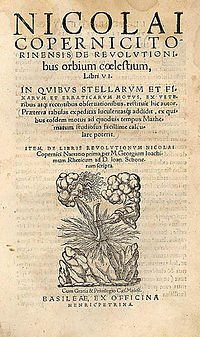 Very soon, nevertheless, Copernicus’ theory was attacked with Scripture and with the common Aristotelian proofs. In 1549, Melanchthon, Luther’s principal lieutenant, wrote against Copernicus, pointing to the theory’s apparent conflict with Scripture and advocating that “severe measures” be taken to restrain the impiety of Copernicans.[23] The works of Copernicus and Zúñiga—the latter for asserting that De revolutionibus was compatible with Catholic faith—were placed on the Index of Forbidden Books by a decree of the Sacred Congregation of March 5, 1616 (more than 70 years after Copernicus’ publication):

This Holy Congregation has also learned about the spreading and acceptance by many of the false Pythagorean doctrine, altogether contrary to the Holy Scripture, that the earth moves and the sun is motionless, which is also taught by Nicholaus Copernicus’ De revolutionibus orbium coelestium and by Diego de Zúñiga’s In Job … Therefore, in order that this opinion may not creep any further to the prejudice of Catholic truth, the Congregation has decided that the books by Nicolaus Copernicus [De revolutionibus] and Diego de Zúñiga [In Job] be suspended until corrected.

De revolutionibus was not formally banned but merely withdrawn from circulation, pending “corrections” that would clarify the theory’s status as hypothesis. Nine sentences that represented the heliocentric system as certain were to be omitted or changed. 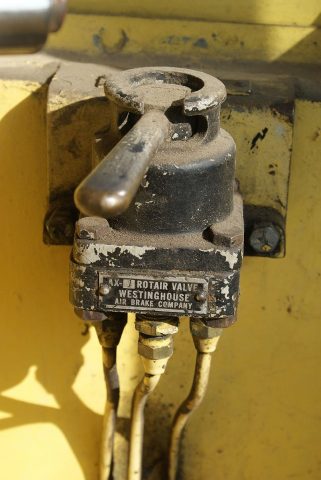 In order to design a system without the shortcomings of the straight air system, Westinghouse invented a system wherein each piece of railroad rolling stock was equipped with an air reservoir and a triple valve, also known as a control valve.

Unlike the straight air system, the Westinghouse system uses a reduction in air pressure in the train line to apply the brakes. 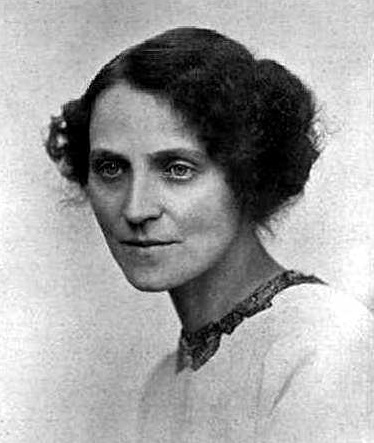 In 1903, Marsden graduated from college and taught school for several years, eventually becoming headmistress of the Altrincham Teacher-Pupil Center in 1908.[2] During her time at Owens College, Marsden made the acquaintance of Christabel Pankhurst, Teresa Billington-Greig, and other prominent early feminists, and she became involved with the women’s suffrage movement then gathering steam in Manchester. Marsden established a reputation with the militant wing of the movement for fierce devotion to the cause, leading one contemporary to call her “a brave and beautiful spirit,” a phrase to which the title of Les Garner’s biography of Marsden refers. This devotion extended to extra-legal acts of sabotage on more than one occasion. In October 1909, Marsden was arrested with several other members of the Women’s Social and Political Union (WSPU) for dressing in full academic regalia and interrupting a speech by the chancellor of their alma mater, demanding that he speak out against the force-feeding of imprisoned suffragist alumni who were on hunger strike. A few months later, she broke into the Southport Empire Theatre and hoisted herself into the cupola, where she waited 15 hours in order to heckle Winston Churchill, who was soon to become Home Secretary, while he was speaking at an election rally. 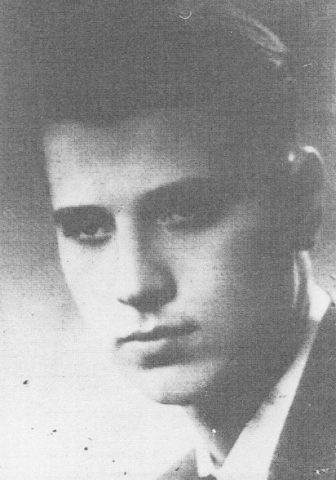 In September 1940, Aboulker founded a resistance network in Algiers, in partnership with his cousin Roger Carcassonne who had done the same at Oran, and Aboulker subsequently became one of the main leaders of the resistance movement in pro-Nazi Vichy Algeria. The two cousins met Henri d’Astier de la Vigerie, with whom they prepared to support the expected Allied landings in North Africa, in collaboration with Colonel Germain Jousse and the U.S. Consul Robert Murphy, President Roosevelt’s representative in Algiers. The headquarters for the preparation were at his father’s house at 26 Rue Michelet.

On 23 October 1942, Aboulker was among the resistance leaders who met with General Mark Clark in Vichy Morocco. The Americans agreed to supply weapons and radios, which were landed on 5 November.[1] On the night of the Allied landings in North Africa, 7 November 1942, Aboulker led the occupation of the main strategic points in Algiers by 400 members of the Resistance, seizing the central police station, with his deputy Bernard Karsenty and the help of Guy Calvet and Superintendent Achiary.

1981 – The ZX81, a British home computer, is launched by Sinclair Research. 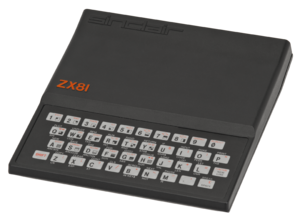 The ZX81 is a home computer that was produced by Sinclair Research and manufactured in Dundee, Scotland by Timex Corporation. It was launched in the United Kingdom in March 1981 as the successor to Sinclair’s ZX80 and was designed to be a low-cost introduction to home computing for the general public. It was hugely successful, and more than 1.5 million units were sold before it was discontinued. The ZX81 found commercial success in many other countries, notably the United States where it was initially sold as the ZX-81. Timex manufactured and distributed it under licence and enjoyed a substantial but brief boom in sales. Timex later produced its own versions of the ZX81 for the US market: the Timex Sinclair 1000 and Timex Sinclair 1500. Unauthorized clones of the ZX81 were produced in several countries.