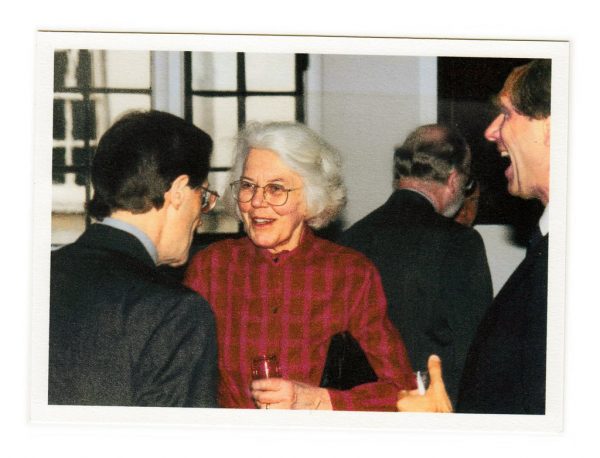 Today we celebrate Karen Sparck Jones! She was a pioneer of computer science for work combining statistics and linguistics, and an advocate for women in the field, via NYT Overlooked series

In 1982, the British government tapped Sparck Jones to work on the Alvey Program, an initiative to encourage more computer science research across the country. In 1993, she wrote, with Julia R. Galliers, “Evaluating Natural Language Processing Systems,” the seminal textbook on the topic.

Sparck Jones became president of the Association for Computational Linguistics, an international group for professionals in the field, in 1994. She became a full-time professor at Cambridge in 1999 — and it had bothered her that it took so long. For all the years before, she had been on contract with the university, an untenured and lower-status form of academic employment referred to as “living on soft money.”

“Cambridge was in many ways not user-friendly, in the sense of women-friendly,” she said of the delay.

Today, researchers are still citing her formulas. Ideas she wrote about are now being put into practice as artificial intelligence research becomes more prevalent.

“It points to how far ahead of her time she was, how consequential her work was, how little it was valued for the first 20 years,” said Martha Palmer, a professor in the Linguistics and Computer Science departments at the University of Colorado.

Sparck Jones mentored a generation of researchers, male and female, and came up with a slogan: “Computing is too important to be left to men.”