Have you ever wondered what Duke the Java Mascot is? Is it a red-nosed Starfleet communicator badge or a canine tooth? And why don’t we see much of him anymore?

Here’s some of our efforts to find out.

According to JaxEnter and Oracle, Duke was initially designed to represent a “software agent” that performed tasks for the user. “Duke was the interactive host that enabled a new type of user interface that went beyond the buttons, mice, and pop-up menus of the desktop computing world”.

Joe Palrang is the man you can thank for spawning the blob-like Duke, who went on to work for DreamWorks on animated films like Shrek, Antz and Flushed Away. During his time at Sun, Palrang was the Art Director for demo animation/applications, as well as for initial Java technology.

Per Java.net records, “Duke was instantly embraced”, and the mascot peaked in terms of what he could become. There was a comic made about him! ‘The Amazing Adventures of Duke‘ was released in 1996, where he became “the Net’s Smoothest Code Man”. Per all of this, Duke is male.

In 2006, the graphic specifications for Duke were open-sourced under a BSD license. This means anyone is able to play around with his likeness per duke.kenai.com (now closed). The creations that followed were weird and wonderful:

You can see many of these on the Internet Archive.

With Duke’s growing popularity, it wasn’t long before life-sized versions of him were turning up at JavaOne developer conferences:

You can see the various incarnations of Duke on java.net via the Wayback Machine as the current site page for Duke is no longer available.

A new Duke personality is created every year. For example, in July 2011 “Future Tech Duke” included a bigger nose, a jetpack, and blue wings. You can see the various Dukes via the Wayback Machine.

No seen so much anymore

We have to use the Wayback Machine for the most part, as Duke has not been promoted for maybe the last four years. Oracle has a page which is well linked to but little else, saying:

Efforts around Duke are now hosted as “Project Duke” at OpenJDK.

That points to a proposal in November, 2016. The OpenJDK mailing list did make a push in April, 2017 to save the Duke graphics. The repository as of today is linked at Project Duke on OpenJDK. 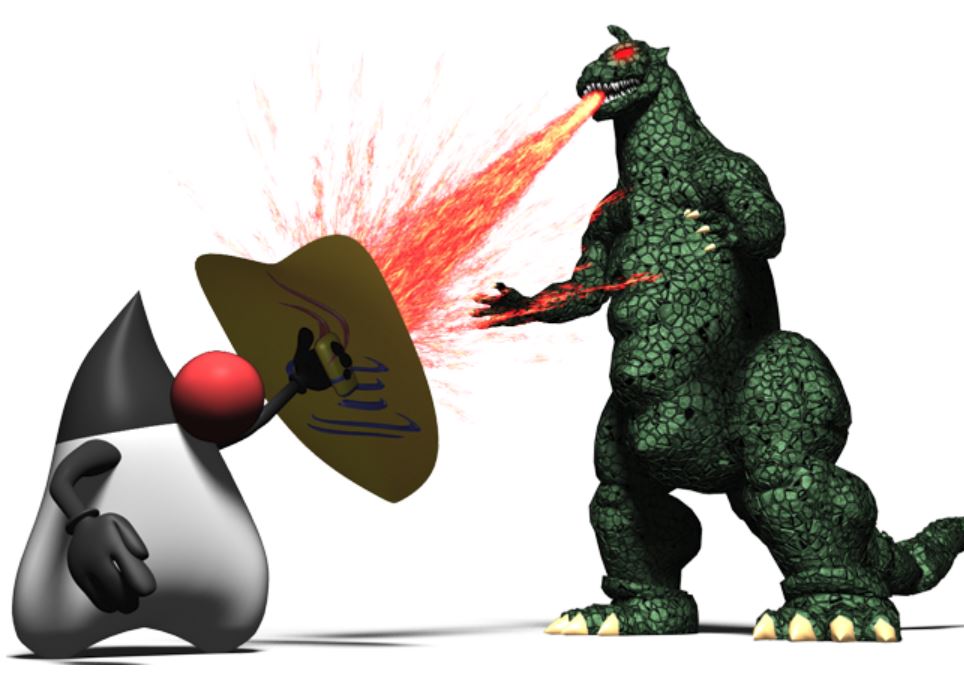 What are your Duke remembrances and thoughts? Let us know in the comments below.

Comments Off on You always wondered: Duke, the Java Mascot #Java #Duke @Oracle