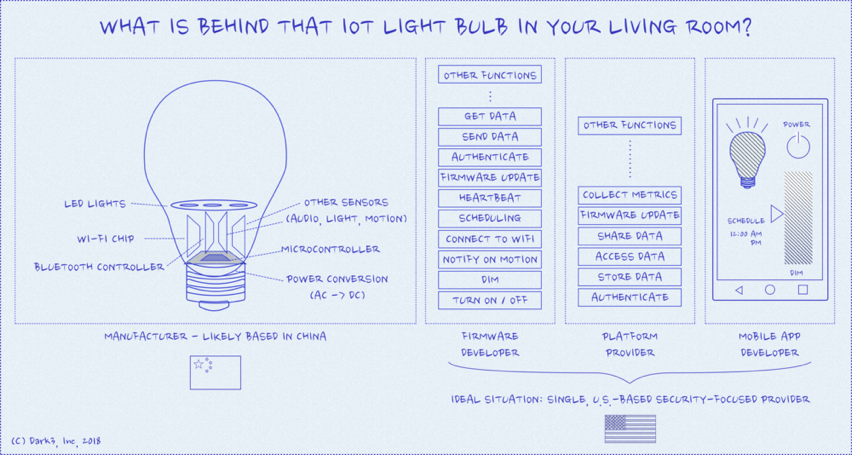 Avoid the risk and build your own IoT device. Dark Cubed published a report on the State of IoT Security. After looking into a number of ready to use smart devices, their findings claim to have found:

While the company said that it wasn’t surprising that most of the apps weren’t secure, the IoT (Internet of Things) lightbulbs were even worse. According to Dark Cubed, simply dimming your smart lightbulb could be enabling real-time location sharing.

“What was surprising was the fact that some of these devices, such as the IoT lightbulb, were so insecure that it is beyond what could be considered a mistake,” Dark Cubed reported. “We found that the extent to which the manufacturers and infrastructure associated with these devices communicate with, or is related to, China is shocking and has significant national security implications.”

Filed under: internet of things —
Tags: IoT, safety — by Ben

Comments Off on Is your Smart-Bulb Collecting Data? #IoT #SmartDevice