SpaceX’s Capsule Docks to the ISS for the First Time 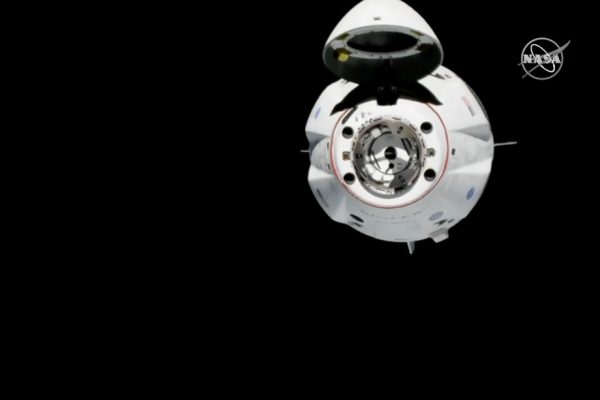 Just a day after launching to orbit, SpaceX’s new Crew Dragon capsule automatically docked to a port on the International Space Station this morning — a critical part of its current test flight. This docking maneuver is something the capsule will have to do routinely in the future, when it starts transporting astronauts to and from the ISS.

The Crew Dragon has been in orbit since around 3AM ET Saturday, when it was launched into space on top of a SpaceX Falcon 9 rocket from Kennedy Space Center in Florida. Once it reached orbit, the tip of the gumdrop-shaped capsule pivoted open, exposing the capsule’s docking mechanism underneath. As the Crew Dragon approached the station on Sunday, it then used a series of lasers, sensors, and software to automatically dock this hardware to an available port on the outside of the ISS.