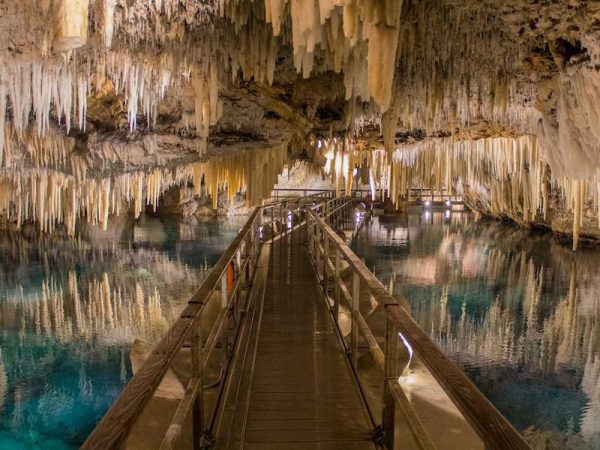 If you were a fan of Fraggle Rock or still catch reruns on television, this is definitely some fun information via Smithsonian

For residents of Bermuda, Crystal Caves is one of the island’s many crown jewels, but for Bermudian Michael K. Frith, co-creator of the beloved 1980s puppet TV show “Fraggle Rock,” the caves were an inspiration.

Since he was a child, Frith recalls spending time exploring the caves tunneling beneath the island’s eastern edge, about eight miles from Hamilton, the island’s capital. From marveling at the finger-like stalactites gripping the caves’ atrium-like ceiling and the massive stalagmites rising from the ground to seeing their reflections glisten back at him in the subterranean expanse’s crystal-clear pool, he soaked everything in. So, years later, when famed filmmaker and puppeteer Jim Henson tasked Frith—a former Random House editor and illustrator (fun fact: he edited many Dr. Suess books) who was then working at the Jim Henson Company—and his colleagues to create a new TV show targeted at children, Frith looked no further than the “magical world” resting right beneath his feet.