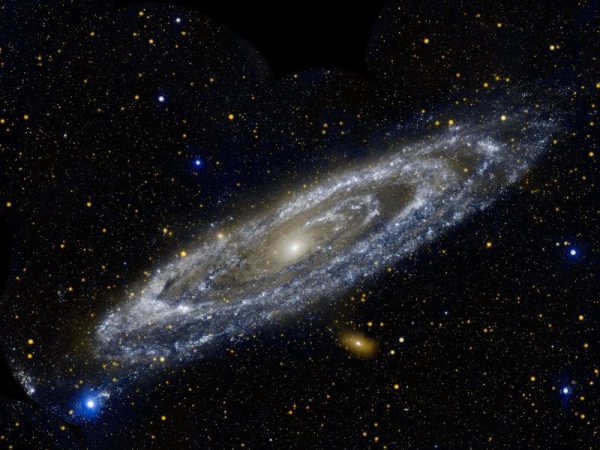 When a small galaxy strays too close to the Milky Way, the gravity from our larger galaxy reels it in. Gas and stars are ripped from the passing galaxy as it falls inward toward its doom, creating streams of material that stretch between the galactic pair. These streams continue to tear away stars until the infalling object has been completely consumed. After the merger is over, some of the only remaining signs of the devoured object are the stellar streams snaking through the Milky Way, a small sample of stars from a galaxy long gone.

In addition to being a record of the past, one of these streams may provide the first direct evidence for small scale clusters of dark matter—the elusive material that is believed to account for 85 percent of all matter in the universe. A recent analysis of a trail of stars reveals that it interacted with a dense object in the last few hundred million years. After ruling out the most likely suspects, the researchers determined that the relatively recently made gap in the stream may have been caused by a small clump of dark matter. If confirmed, the eddies of this stellar stream could help scientists sort through the competing theories about dark matter and perhaps even close in on the characteristics of the mysterious material.