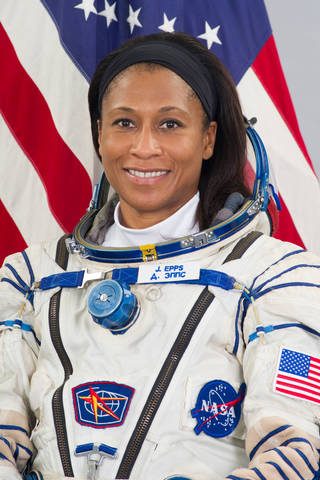 Jeanette J. Epps was selected by NASA in 2009 as an astronaut. She completed astronaut candidate training which included scientific and technical briefings, intensive instruction in International Space Station systems, spacewalk training, robotics, T‐38 flight training and wilderness survival training. The New York native was a NASA Fellow during graduate school and authored several journal and conference articles describing her research. Dr. Epps worked for Ford Motor Company where she received both a provisional patent and a U.S. patent for her research. After leaving Ford, she joined the Central Intelligence Agency (CIA) for seven years working as a Technical Intelligence Officer before becoming an astronaut. She currently serves in the ISS Operations Branch working issues in support of space station crews.