The Verge publishes an exclusive look at the 2007 iPhone M68 development board, used by the company to thoroughly test hardware and software.

Apple had developed the iPhone in secret over those two and a half years, and for many inside the company, the device had only been known by the codenames “M68” and “Purple 2.” Apple was focused on surprising everyone with the iPhone, and that meant that many of the engineers working on the original handset didn’t even know what it would eventually look like.

To achieve that level of secrecy, Apple created special prototype development boards that contained nearly all of the iPhone’s parts, spread out across a large circuit board. The Verge has obtained exclusive access to the original iPhone M68 prototype board from 2006 / 2007, thanks to Red M Sixty, a source that asked to remain anonymous. It’s the first time this board has been pictured publicly, and it provides a rare historical look at an important part of computing history, showing how Apple developed the original iPhone.

The M68 prototype board looks like a motherboard found inside a PC at the time. Roughly the same size, but the components are a little different. Apple developed this particular engineering validation test (EVT) sample for engineers working primarily on the software and radio portions.  Apple only uses red printed circuit boards for its prototype iPhone hardware, favoring blue, green, and other colors for production units. 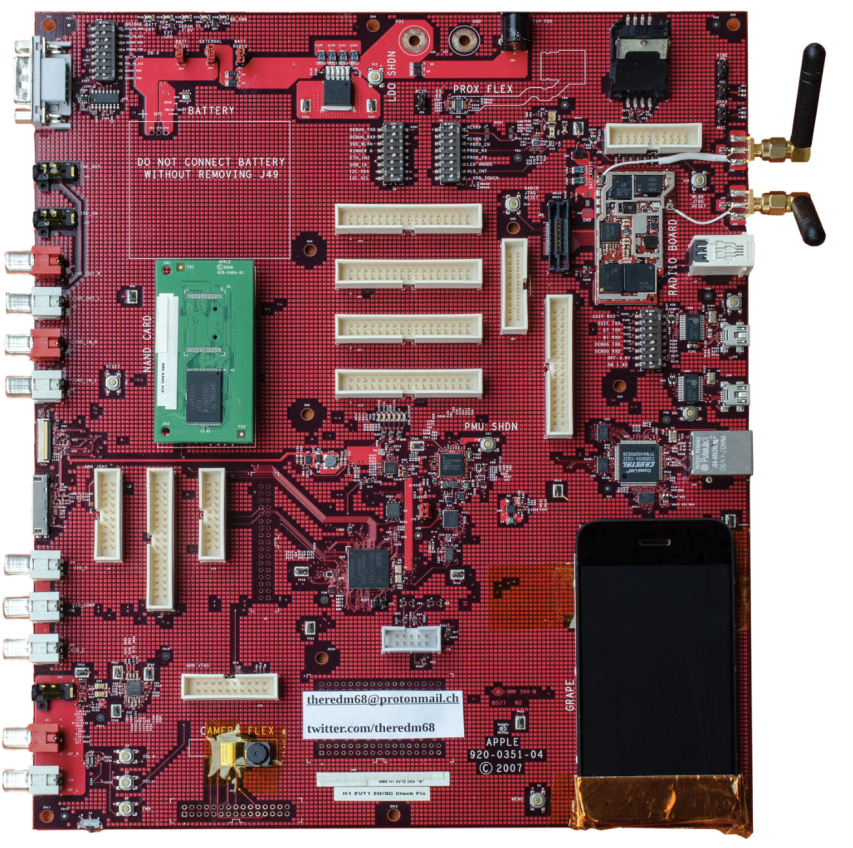 Most of the engineers using such a board would be porting Apple’s Darwin core macOS operating system and drivers to the hardware.

This early prototype is a great reminder of the immense work and secrecy that went into creating a device that millions of people now carry in their pockets every day. It’s rare to see such early examples of hardware like the iPhone, especially more than 10 years after it was first developed.

See all the details and pictures on The Verge. 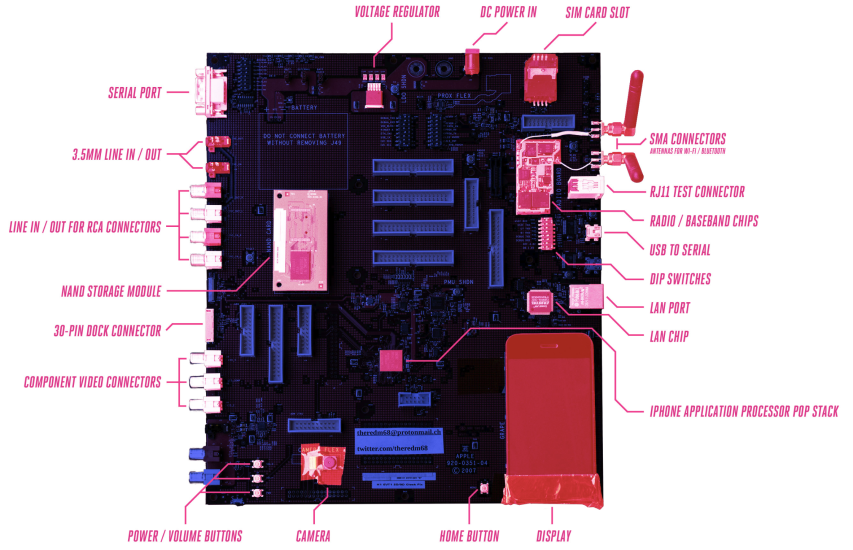