World Water Day: Leave No One Behind #WorldWaterDay #CleanWaterHere 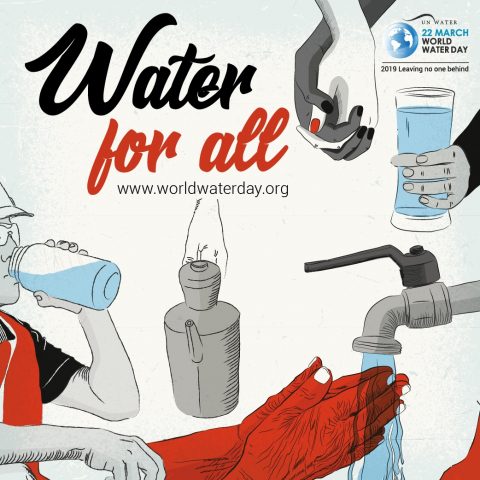 What is World Water Day?

[United Nations] Sustainable Development Goal 6 is crystal clear: water for all by 2030. By definition, this means leaving no one behind. But today, billions of people are still living without safe water – their households, schools, workplaces, farms and factories struggling to survive and thrive.

Marginalized groups – women, children, refugees, indigenous peoples, disabled people and many others – are often overlooked, and sometimes face discrimination, as they try to access and manage the safe water they need.

This World Water Day, 22nd March, is about tackling the water crisis by addressing the reasons why so many people are being left behind.

Stories from the front lines of the water crisis all over the world can be found through the World Water Day site. Here’s an inspiring story from Rohingya refugees in Bangladesh. 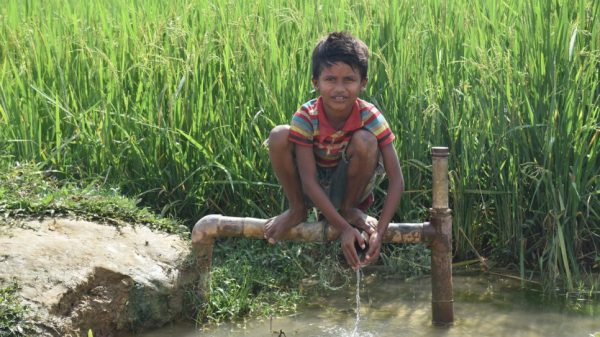 For months after fleeing violence in Myanmar, Rohingya refugee Nurul Salam and his wife Lalu Begum drew water from a hand pump that frequently left their family with sore throats and diarrhoea.

“The water point was near a drain. We never knew if it was pure water or not. The area was really dirty and we got sick very often,” says Nurul, 35.

Now, thanks to a recently installed solar-powered water system, they are among thousands of people in the crowded Kutupalong refugee settlement in Cox’s Bazar who can walk to a stand, turn on a tap and fill a jug with potable water.

With access to a deep well and a system that chlorinates the water, the couple and their neighbours in the settlement have fewer health issues.

And if that’s too far away, it’s important to remember the Flint Water Crisis. Here’s a summary from the Natural Resources Defense Council:

A story of environmental injustice and bad decision making, the water crisis in Flint, Michigan, began in 2014, when the city switched its drinking water supply from Detroit’s system to the Flint River in a cost-saving move. Inadequate treatment and testing of the water resulted in a series of major water quality and health issues for Flint residents—issues that were chronically ignored, overlooked, and discounted by government officials even as complaints mounted that the foul-smelling, discolored, and off-tasting water piped into Flint homes for 18 months was causing skin rashes, hair loss, and itchy skin. The Michigan Civil Rights Commission, a state-established body, concluded that the poor governmental response to the Flint crisis was a “result of systemic racism.”

Later studies would reveal that the contaminated water was also contributing to a doubling—and in some cases, tripling—of the incidence of elevated blood lead levels in the city’s children, imperiling the health of its youngest generation. It was ultimately the determined, relentless efforts of the Flint community—with the support of doctors, scientists, journalists, and citizen activists—that shined a light on the city’s severe mismanagement of its drinking water and forced a reckoning over how such a scandal could have been allowed to happen.

The technology exists to achieve the United Nations Sustainability Goal 6: Water for All by 2030. If you want to pitch in, Charity Water is an accountable, financially transparent organization dedicated to providing safe and clean drinking water around the world:

663 million people in the world live without clean water. That’s nearly 1 in 10 people worldwide. Or, twice the population of the United States. The majority live in isolated rural areas and spend hours every day walking to collect water for their family. Not only does walking for water keep children out of school or take up time that parents could be using to earn money, but the water often carries diseases that can make everyone sick.

But access to clean water means education, income and health – especially for women and kids.

Comments Off on World Water Day: Leave No One Behind #WorldWaterDay #CleanWaterHere