Ahead of C2E2, a look at Chicago’s new wealth of black female comic book talent 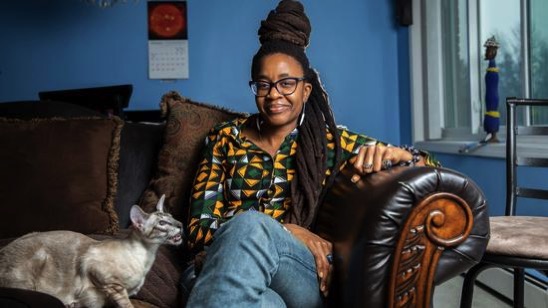 At December’s Pocket Con, the youth-centric Chicago comics event focused on diversity, exhibitor First Aid Comics didn’t display a single copy of Marvel Comics’ “Ironheart” — curious in that the book features a black female teen superhero from Chicago’s South Side, and is written by Eve L. Ewing, a black woman who also is a South Sider.

Actually, it’s not so curious at all.

The book was beyond popular, said Kenny Taylor, First Aid’s social media manager. So much so, they didn’t have a copy to bring.

People lined up at the Hyde Park shop an hour before the store opened for a signing the Saturday after the first issue dropped. Taylor at the time was scouring the city to try to buy additional issues, as the store had sold out the first day it was available.

“The city showed out for Eve Ewing like nobody’s business. She had young women, young boys, old, young, everybody, wanting to talk to her about the character,” Taylor said. “We had people who weren’t sure about it but talked to her about it and were going to give it a chance.”

As more diverse creators enter the comics pool, more black women are coming into shops and inquiring especially about books written and drawn by other black women. Joshua Kelly, manager of Graham Crackers Comics in the Loop, has seen this firsthand at his shop.

Comments Off on Ahead of C2E2, a look at Chicago’s new wealth of black female comic book talent