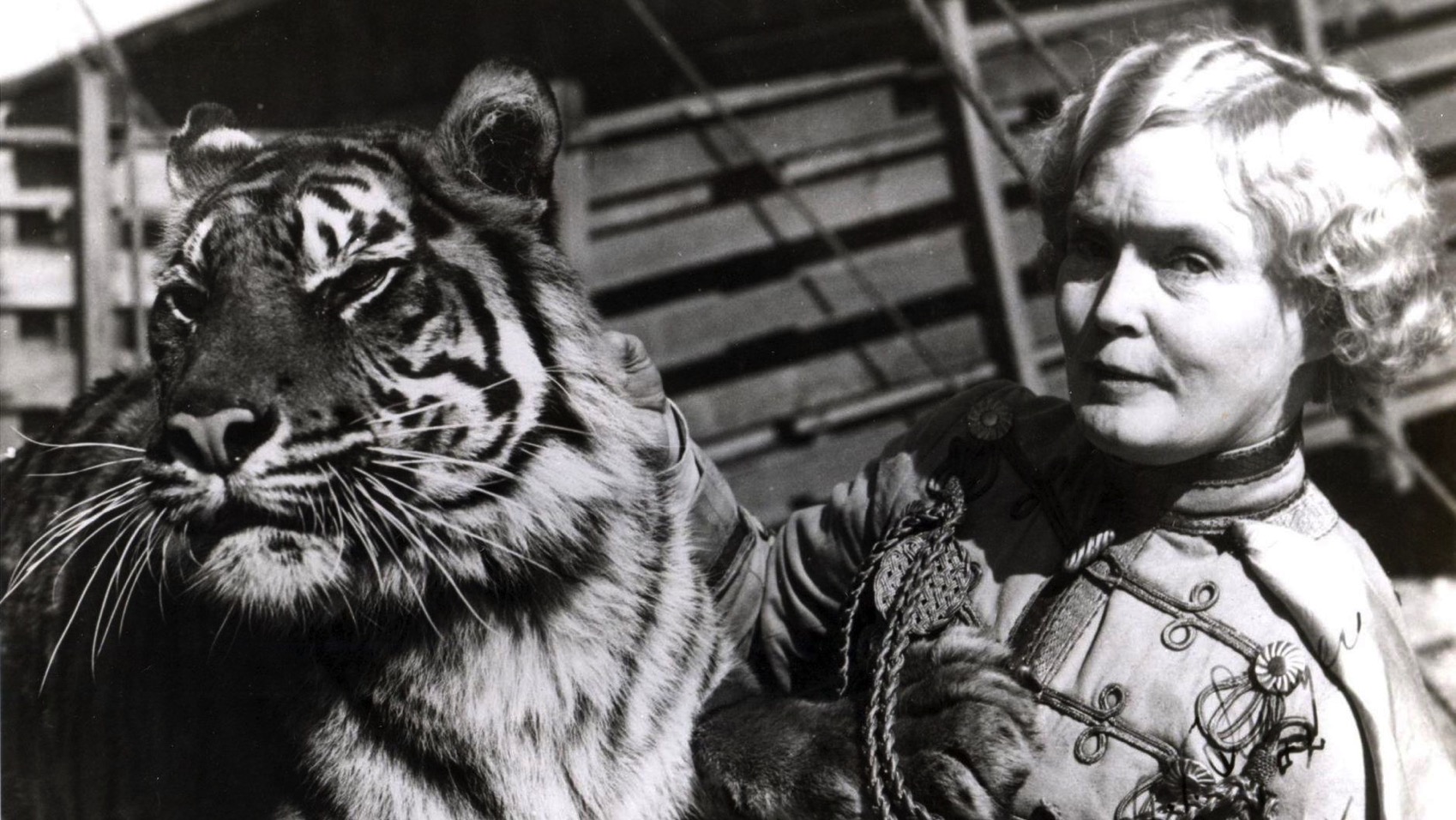 Mabel Stark was a renowned tiger trainer in the 1920s and was one of the world’s first women tiger trainers/tamers, via NYT

Mabel Stark was taking a walk one evening in Venice, Calif., around 1911 when a sound lured her to the grounds of the Al G. Barnes Circus.

Though the site was locked, “She found a rattletrap, unsecured gate and squeezed herself through,” Roger Smith, a close friend, said. “There she found herself face to face with a mature Bengal named King.”

The sight of the caged tiger in twilight transfixed her. She had been working as a nurse and a carnival hoochie coochie dancer but now, all she could think about was being around tigers. Al Sands, the circus’s manager, hired the eager woman as a horseback rider, but her burning ambition to work with tigers led her to the circus’s wild animal trainer.

Within a couple of years, she was one of the world’s top big cat trainers, never happier than when she was behind steel bars with a dozen or more tigers, commanding them in her chirpy voice to leap through fiery hoops, walk on wires, roll large balls and arrange themselves in a pyramid.