Via The Guardian, an article on the excavation of a 2,500 year old shipwreck that proves the narrative of a Greek historian.

In the fifth century BC, the Greek historian Herodotus visited Egypt and wrote of unusual river boats on the Nile. Twenty-three lines of his Historia, the ancient world’s first great narrative history, are devoted to the intricate description of the construction of a “baris”.

For centuries, scholars have argued over his account because there was no archaeological evidence that such ships ever existed. Now there is. A “fabulously preserved” wreck in the waters around the sunken port city of Thonis-Heracleion has revealed just how accurate the historian was.

“It wasn’t until we discovered this wreck that we realised Herodotus was right,” said Dr Damian Robinson, director of Oxford University’s centre for maritime archaeology, which is publishing the excavation findings. “What Herodotus described was what we were looking at.” 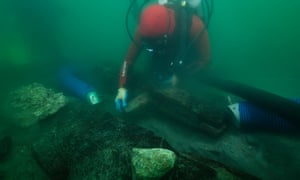 In 450 BC Herodotus witnessed the construction of a baris. He noted how the builders “cut planks two cubits long [around 100cm] and arrange them like bricks”. He added: “On the strong and long tenons [pieces of wood] they insert two-cubit planks. When they have built their ship in this way, they stretch beams over them… They obturate the seams from within with papyrus. There is one rudder, passing through a hole in the keel. The mast is of acacia and the sails of papyrus…” 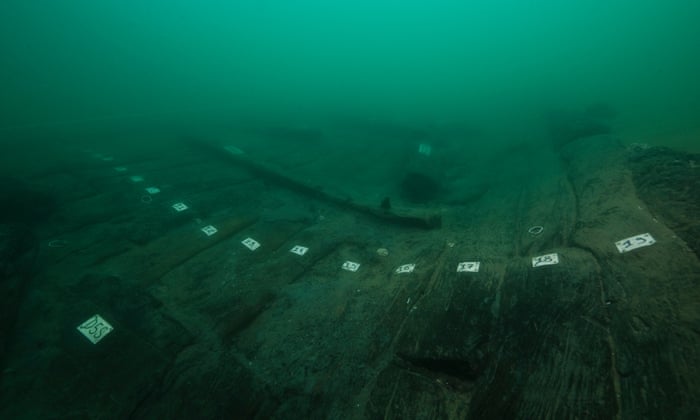 About 70% of the hull has survived, well-preserved in the Nile silts. Acacia planks were held together with long tenon-ribs – some almost 2m long – and fastened with pegs, creating lines of ‘internal ribs’ within the hull. It was steered using an axial rudder with two circular openings for the steering oar and a step for a mast towards the centre of the vessel.

Read more about this find in The Guardian.

Interested in history? Let us know in the comments.