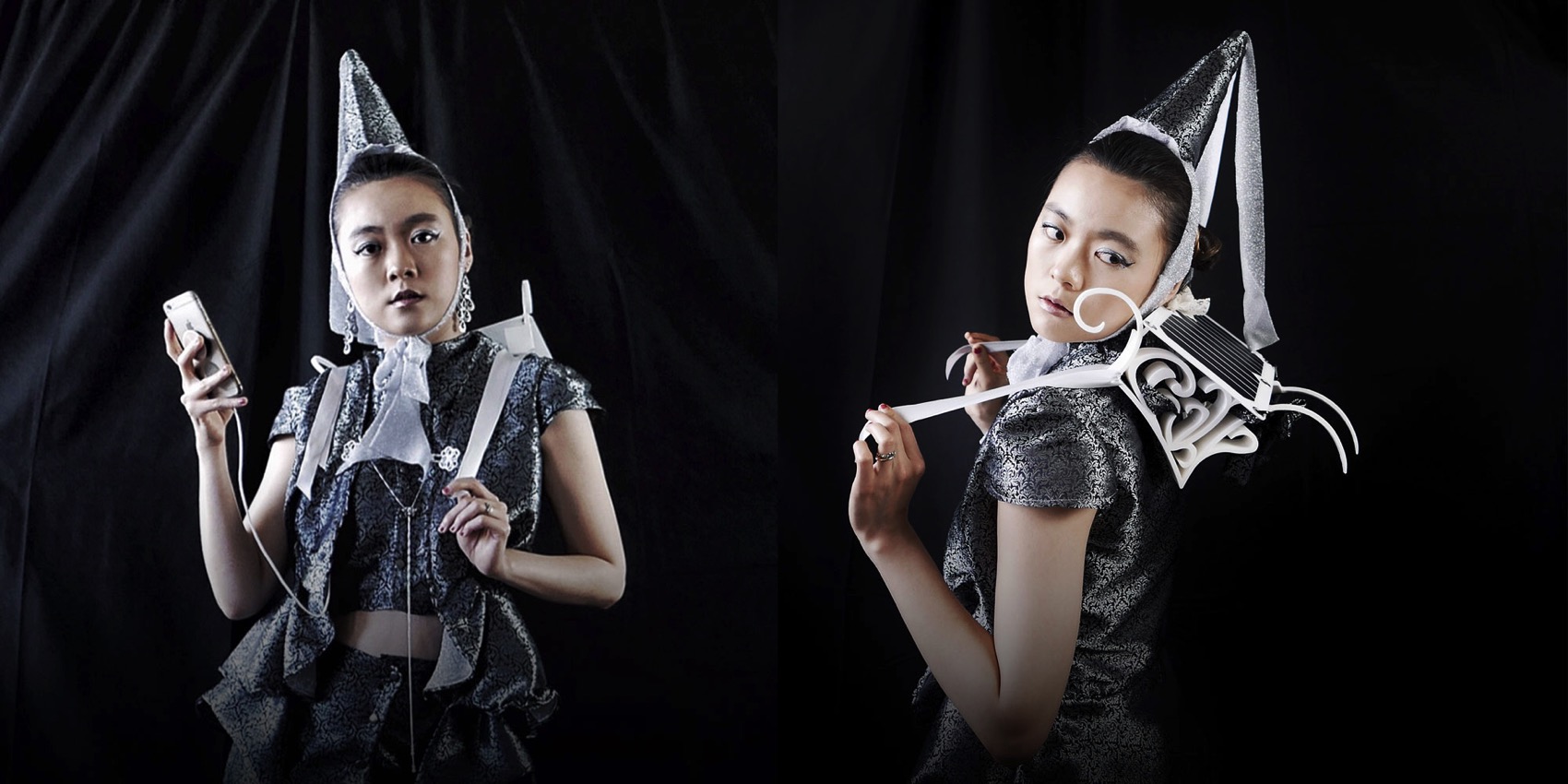 We have posted about her many, many, many times before her work is just so inspiring! Here is an excellent write up via Sixth Tone

With one wave of her hand, Kitty Yeung’s black gown lights up, like stars in a solemn sky. What could be a scene from a new “Harry Potter” installment is instead a video she took in Silicon Valley — and the trick comes not from a magic wand, but from her own electronic wizardry.

Yeung, who describes herself as a creative technologist, creates feats of sophisticated fashion that incorporate wearable technology. The next-generation tech she relies on is more intricate than the smart watches that have already taken over the world — and nowhere more so than China. Already the world’s largest market for such products, China has an appetite for wearable tech that is only growing, according to a report published by market intelligence firm IDC in December 2018.

Someday soon, we might all be wearing clothes along the same thread as Yeung’s smart dresses, outfits that might glow according to the wearer’s brain waves or with automated “flying” sleeves that can move on their own. Yeung depends on cutting-edge innovations like LEDs, sensors, digital printing, 3D printing, and microchip technology to give her dresses a magical touch. After turning an idea into a blueprint, it usually takes Yeung a day to program the electronics and sew or solder them in place. Despite her demanding day job, Yeung designs her dresses with gusto and shares her skills by uploading all of her so far 30-odd designs to an open-source platform.

Born in China, Yeung spent her childhood in the southern tech hub of Shenzhen before studying natural science at the University of Cambridge and getting her doctorate in applied physics at Harvard University. After a stint with chipmaker Intel, Yeung is now the general manager of Microsoft’s Silicon Valley Garage — a program through which the tech giant hopes to realize and scale employees’ innovative ideas. Because of her conviction that technology should serve all people, she considers herself an international citizen and prefers not to specify her nationality.

Comments Off on The Savvy Creative tinkering with High-Tech Fashion