I’ve long been fascinated with the compact simplicity of all-in-one computer/keyboards such as the Commodore 64. When the official Raspberry Pi keyboard was released, I knew what had to be done.

So I built a battery-powered all-in-one Raspberry Pi computer inside an official Raspberry Pi keyboard (well, I guess it isn’t technically an all-in-one since it doesn’t have a built-in monitor). In addition to a battery, I added a power LED and button so I’ll know when the Pi was on and can safely turn it on and off.

The official Raspberry Pi mouse connects directly to the keyboard, giving you a super compact setup with a small footprint. Finally, the keyboard connects to the Pi externally via a small cable; this way, you can still use the keyboard with other computers as a normal keyboard!

The guide shows you step-by-step how to build your own. Included are some Adafruit parts: 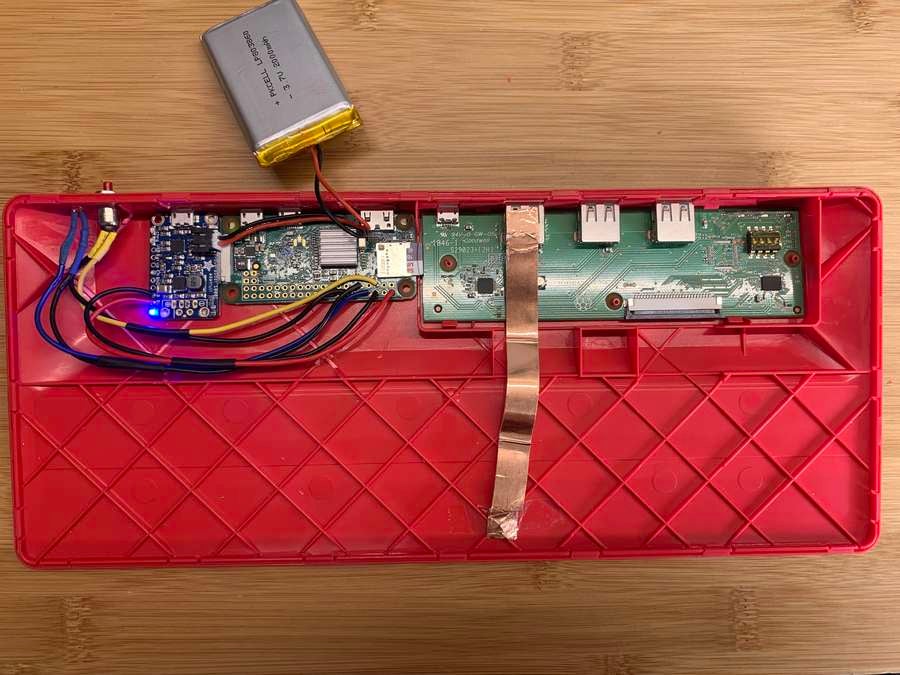