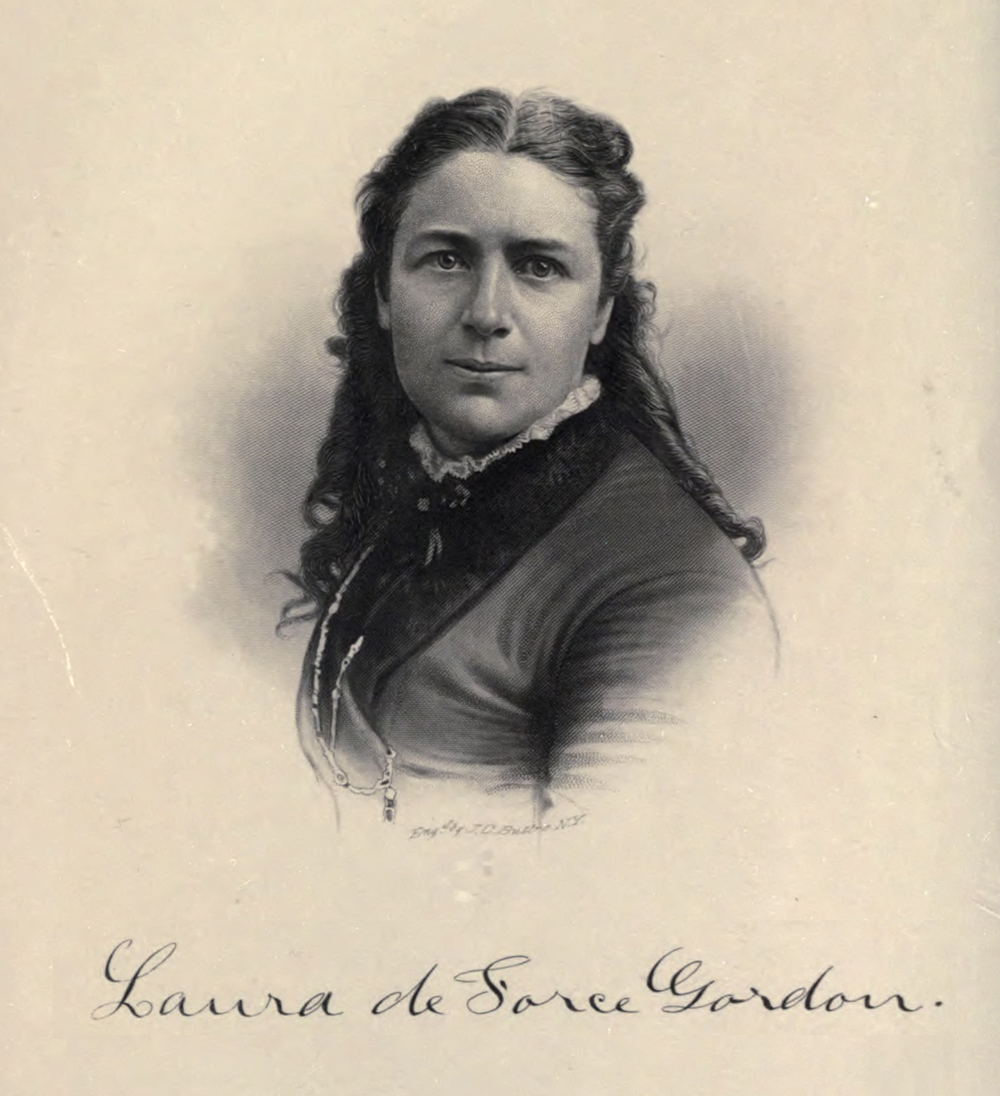 Laura de Force Gordon’s life was filled with firsts. She was the first woman to publish a daily newspaper in the United States. She was also one of the nation’s first female attorneys. She’s also credited with launching the women’s suffrage movement in California, Via Her hat was in the ring

Laura deForce Gordon was a well known trial lawyer in California (“lady lawyer of San Joaquin County.”) Gordon frequently appeared at the state legislature, lobbing various reform causes. In 1871 she was nominated by the Independent party as its candidate for state senator to represent a district of San Joaquin county. She received over 200 votes in the race. In June 1878, Gordon campaigned, with the help of her friend Clara Foltz, to become a delegate to the California constitutional convention to begin in September. She lost but received a few hundred votes and succeeded in her goal, establishing the right of women to participate in constitution making. She attended the convention as a lobbyist for the woman suffrage cause. In 1887 Gordan was nominated, but decline to run for state Attorney General. Gordan was also president of the State Suffrage League and active in suffrage politics nationally and through the western part of the country. She was instrumental in insuring that the California state constitution did not bar women from the state university system, or from any business or profession.