Via physics.aps.org – The world of metrology will undergo a huge transformation on 20 May (World Metrology Day), when new definitions of the kilogram, the kelvin, the mole, and the ampere—fundamental units of the International System (SI)—go into effect.

At that point, a series of physical constants such as the electron charge will no longer have error bars attached to them. But those uncertainties won’t disappear; they’ll end up in other measured quantities. This change in the system shouldn’t cause any glitches, as the error bars appear at decimal places that most scientists never reach in their experiments. But there will be some noticeable effects—certain measurements related to, for example, gravity tests and pharmaceuticals should become simpler and more precise with the new SI units. 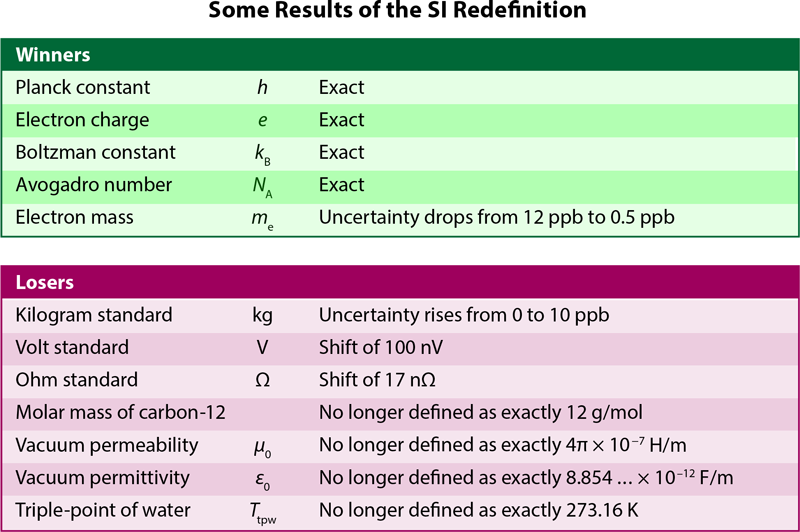 In 2017, both of these methods returned values of Planck’s constant—based on the standard kilogram—having a precision of 10 parts per billion (ppb). These highly precise demonstrations have now allowed the metrology community to “turn the tables” by making Planck’s constant the defined quantity rather than the kilogram.

As a result, the kilogram inherits the uncertainty that previously appeared in the Planck measurement. “Uncertainty is like a bubble under a carpet,” says physicist Stephan Schlamminger from the National Institute of Standards and Technology (NIST) in Maryland. “You can push it down in one place, but it will pop up somewhere else.”

See the details in the article here.