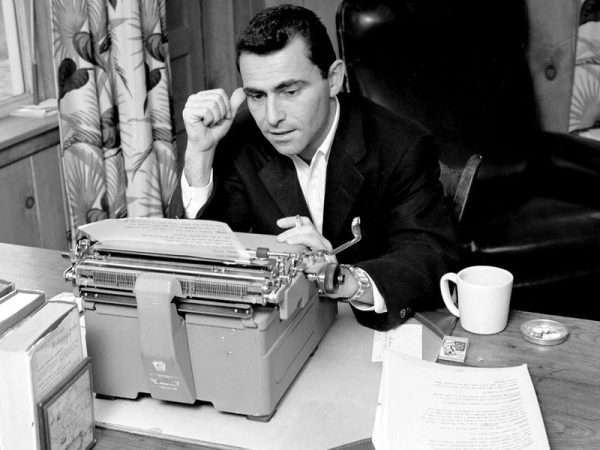 An interesting writeup via Smithsonian about Rod Serling and his creative social commentary through his timeless series.

The miscarriage of justice proved a galvanizing point in the Civil Rights Movement. Rod Serling, a 30-year-old rising star in a golden age of dramatic television, watched the events play out in the news. He believed firmly in the burgeoning medium’s power for social justice. “The writer’s role is to be a menacer of the public’s conscience,” Serling later said. “He must have a position, a point of view. He must see the arts as a vehicle of social criticism and he must focus the issues of his time.”

Soon after the trial concluded, Serling, riding off the success of his most well-received teleplay to date, felt compelled write a teleplay around the racism that led to Till’s murder. But the censorship that followed by advertisers and networks, fearful of blowback from white, Southern audiences, forced Serling to rethink his approach. His response, ultimately, was “The Twilight Zone,” the iconic anthology series that spoke truth to the era’s social ills and tackled themes of prejudice, bigotry, nuclear fears, war, among so many others.