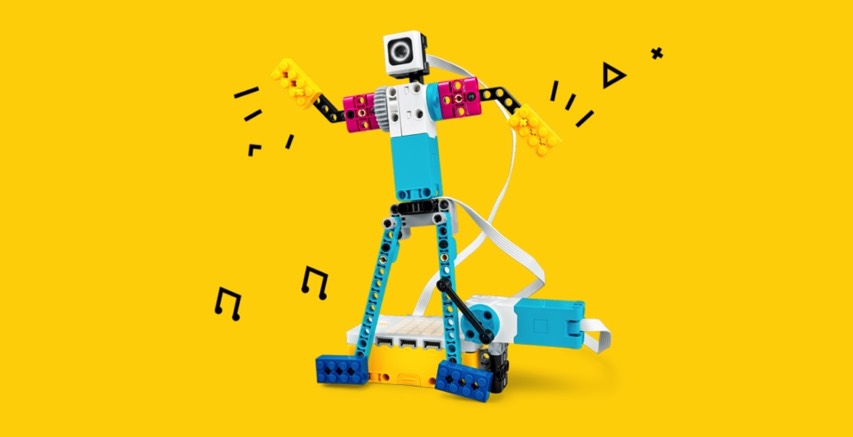 LEGO is going full-on Python on hardware, this is the LEGO SPIKE Prime…

LEGO® Education SPIKE™ Prime is a powerful STEAM learning solution for middle school that combines LEGO bricks, coding language based on Scratch, and a programmable multi-port Hub to help every learner become a confident learner. 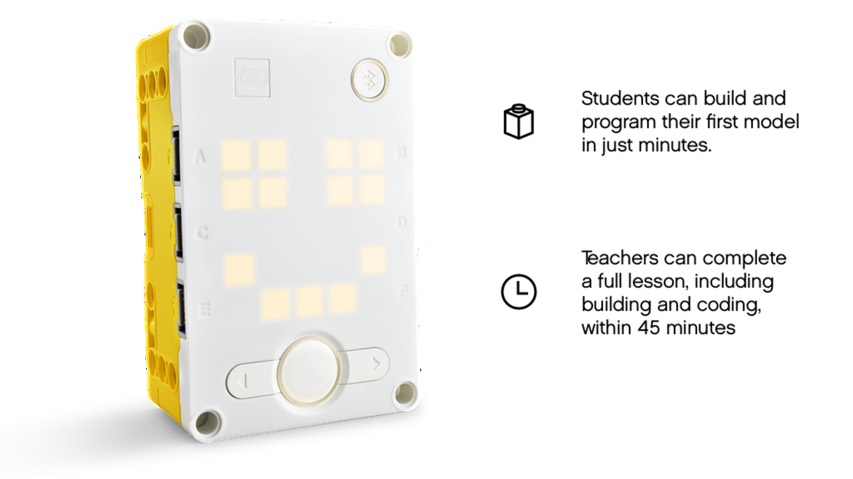 So! According to this site, the hub is running “MicroPython Operating System.” 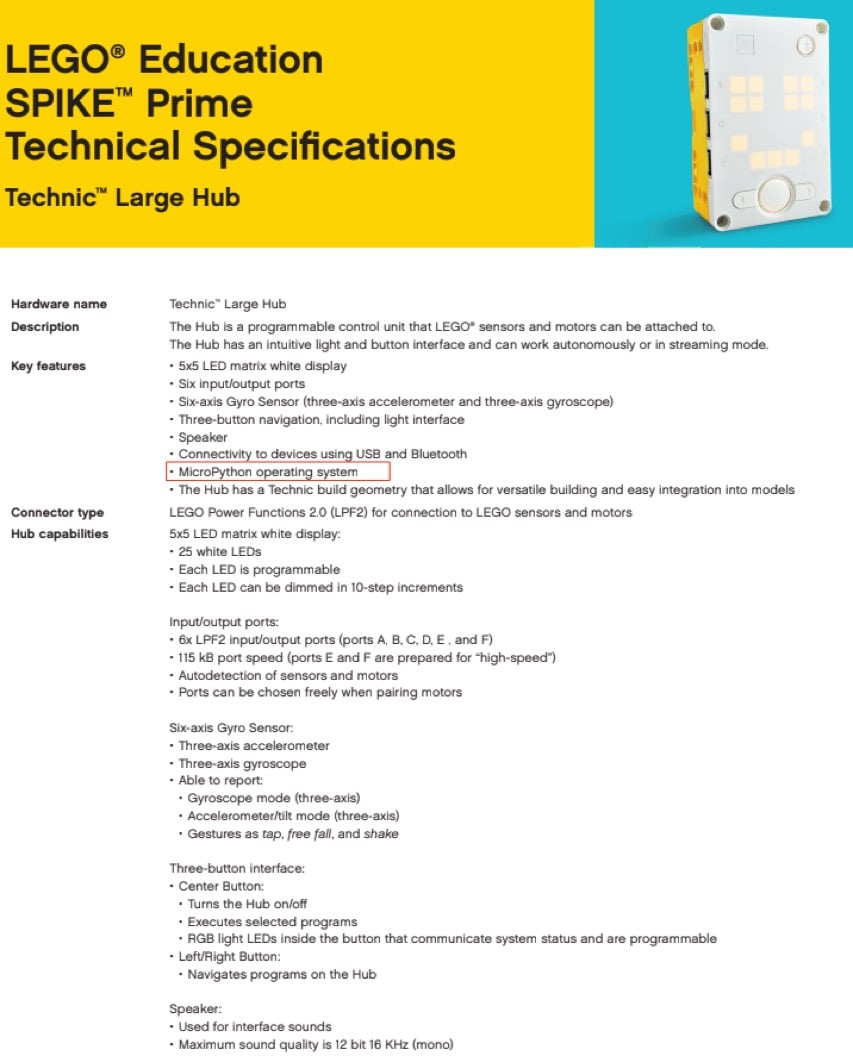 The spec sheet came from someone who posted this on the Facebook LEGO SPIKE page. And here is an unboxing video & parts list.

The SPIKE Prime system appears to be using the same LPF2 (Lego® Power Functions 2.0) BluetoothLE communication system that they introduced with their PoweredUp and Boost robotics gear in the last few years. This new set introduces a new hub that now has 6 general purpose ports (up from 2 in their previous LPF2 systems), and an expanded set of peripherals such as sensors and motors.

Even more exciting is that it says it’s running an embedded MicroPython OS, so hopefully they will release the Python API at some point for downloadable programs. The processor inside is, however, only specc’ed at 100MHz.

All this, and the recent other-news too, Python snakes its way to LEGO and Visual Studio!

Filed under: micropython — by phillip torrone