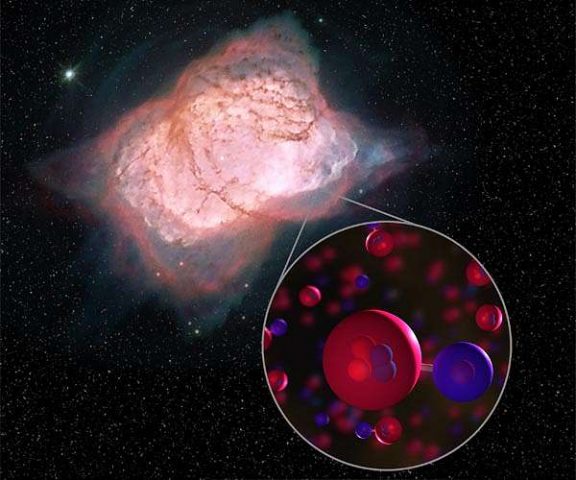 The first type of molecule that ever formed in the universe has been detected in space for the first time, after decades of searching. Scientists discovered its signature in our own galaxy using the world’s largest airborne observatory, NASA’s Stratospheric Observatory for Infrared Astronomy, or SOFIA, as the aircraft flew high above the Earth’s surface and pointed its sensitive instruments out into the cosmos.

When the universe was still very young, only a few kinds of atoms existed. Scientists believe that around 100,000 years after the big bang, helium and hydrogen combined to make a molecule called helium hydride for the first time. Helium hydride should be present in some parts of the modern universe, but it has never been detected in space – until now.

Comments Off on Universe’s First Type of Molecule Found #SpaceSaturday